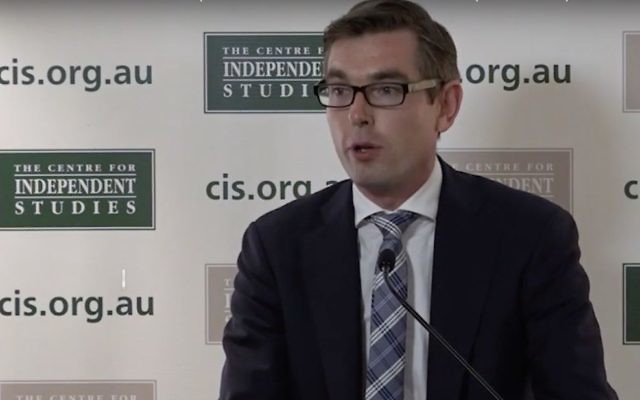 NSW Finance Minister Dominic Perrottet told The AJN this week that no racial group should be subjected to public statements intended to incite violence against them.

It comes after he said that if the federal government repealed Section 18C of the Racial Discrimination Act (RDA), the states could look at strengthening their hate-speech laws.

Speaking after an address he gave at the Centre for Independent Studies’ Leaders Lunch in Sydney last week, Perrottet declared he would not support changing NSW law while the federal legislation acted to stifle free speech, The Australian reported.

“From a state perspective, we have an issue in stopping free speech which incites violence,” he said.

“We have had numerous discussions with a range of groups about potential amendments. My view is: why would we amend that act when you still have 18C?”

Perrottet later told The AJN, “I don’t believe that any racial group should be subjected to public statements intended to cause violence against them, and as a strong supporter of Israel I am deeply sympathetic to the concerns raised by the Jewish community on this issue.”

He reiterated that the government is continuing to work with the community to make sure that any potential reform strikes a balance between freedom of speech and the rights of people to be protected from violence.

“We can never forget that the success of our nation is based on a foundation of freedom. Looking at how the federal legislation has been used against people like [cartoonist] Bill Leak shows the danger that heavy-handed legal restrictions on freedom of speech can pose.”

NSW Jewish Board of Deputies CEO Vic Alhadeff said there is “no connection” between sections 18C of the RDA and 20D of the NSW Anti-Discrimination Act, noting that the former is about race vilification, while the latter is about the promotion of violence on the basis of race, religion, gender or sexual identity.

Meanwhile, Prime Minister Malcolm Turnbull said the government would consider a proposal put forward by Liberal senator Dean Smith for a parliamentary inquiry over 18C, noting that there should be an “open and calm, cool discussion of the issues relating to this”.

“It sends a message from some of our elected parliamentarians that publicly denigrating people by reference to their skin colour or ethnic background is within the bounds of acceptable behaviour,” he said.