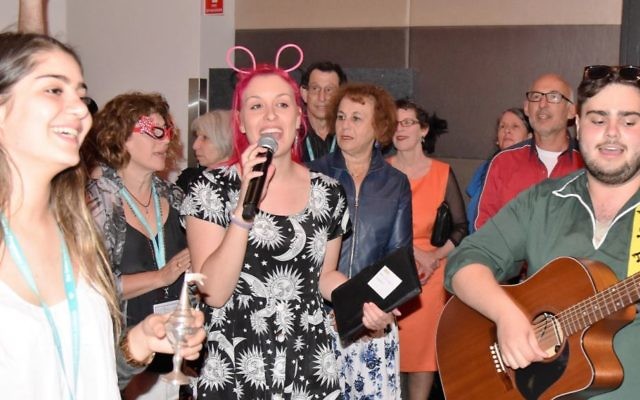 A PROPOSAL for an Israeli public holiday to celebrate Diaspora Jewry, the demographics of Progressive Judaism and a preview of a High Holy Days machzor were just three highlights when more than 130 delegates from Progressive communities across Australia, New Zealand and the Asia-Pacific region converged on Perth for the November 17-20 Union for Progressive Judaism (UPJ) biennial conference.

UPJ scholar-in-residence Dr Ron Wolfson, a US specialist in making synagogues welcoming, urged communities to make themselves “not about programs but relationships”.

Relating the sobering anecdote of a congregant in Dallas, who for years “came to everything but met no-one”, Wolfson urged synagogues to be warm and welcoming. In the age of social media, Jews “are hungry for face-to-face relationships in a sacred community of relationships”.

World Union for Progressive Judaism (WUPJ) president Rabbi Danny Freelander described his role during the Kotel crisis this month, when he and others brought Sefer Torahs to female worshippers besieged by protesters and surrounded by security forces at the Western Wall.

“Security forces tried to take the Torah scrolls from our arms … It was an extraordinarily powerful moment for me,” said Rabbi Freelander. While confrontation is not in his nature, he said, “If I don’t stand with those who share my values and put themselves on the line, then pluralism is just an idea in my head.”

In a Shabbat shiur, Rabbi Nir Barkin, of the Israel Movement for Progressive Judaism’s Israel-Diaspora department, spoke of an initiative to establish a day on which Israelis celebrate their bond with the Diaspora.

Emanuel Synagogue’s David Knoll said less than 20 per cent of Australian Jews are members of a Progressive congregation yet some 50 per cent identify as Progressive in outlook. “We’re missing out on three out of every five potential members,” he stated.

The North American edition of a Progressive Rosh Hashanah-Yom Kippur machzor was previewed by Hara Person, publisher of CCAR (Central Conference of American Rabbis) Press, with a world edition for Australia now in advanced planning.

At the meeting of the rabbinical Moetzah preceding the conference, Rabbi Kim Ettlinger of TBI was elected as the chair, succeeding Rabbi Cohen.