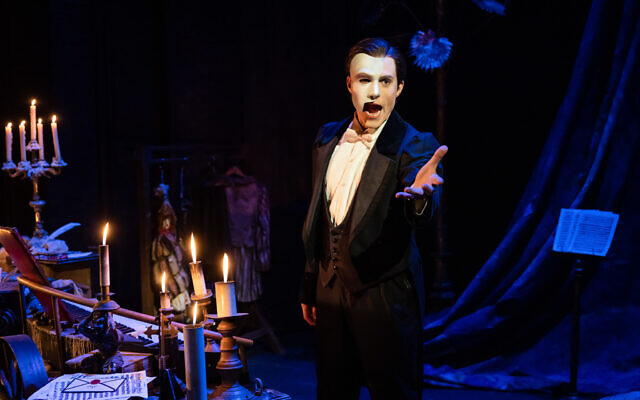 Who would have thought that The Phantom of the Opera, one of the most successful and loved musicals in modern theatre history, which premiered in London 36 years ago, would need a makeover?

Its producer, Cameron Macintosh, first proposed in 2004 to rework The Phantom of the Opera and in 2012 a new version premiered in London to wide acclaim.

This version is having its premiere Australian season and after opening at the Sydney Opera House, has just started its Melbourne season at the State Theatre with two Australians in the lead roles – Josh Piterman as the Phantom and Amy Manford as Christine Daae.

Both Piterman and Manford starred in the same roles on London’s West End prior to COVID closing the city’s theatres and they bring experience and class to their performances.

So what’s new in the revised production of The Phantom of the Opera, which was previously staged in Melbourne premiering in 1990 with Anthony Warlow in the title role and again in 2007, with Rob Guest later taking over the role.

First, there is a stronger and darker emphasis on the Phantom and his underground lair at the Paris Opera House, providing greater contrast to the colourful world of opera. And the dressing rooms, corridors and office are given more prominence.

The love triangle between the Phantom, Christine and Raoul (played by Blake Bowden) is also given more focus.

And some of the elaborate staging has been changed to allow the production to tour more easily.

But the audience is still treated to lavish sets – especially the scene with the New Year’s Eve masquerade ball – and colourful costumes, energetic dances, dramatic scenes and of course the iconic anthems such as The Music of the Night, Angel of Music and The Phantom of the Opera. 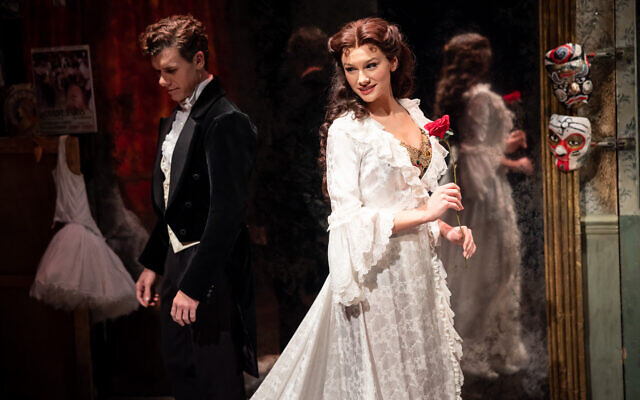 Blake Bowden as Raoul and Amy Manford as Christine Daae in The Phantom of the Opera. Photo: Daniel Boud

There are some dazzling special effects using pyrotechnics that could have come from Harry Potter and the Cursed Child (currently still playing at Melbourne’s Princess Theatre), especially in the spectacular scenes involving the chandelier.

Piterman is well known for major roles in musicals such as West Side Story and Beautiful: The Carole King Musical and his powerful voice and stage presence demonstrated his class. Manford was just as impressive on opening night with a strong voice and fine acting, and supported by a large cast including David Whitney, Andy Morton and Jayde Westaby.

The large ensemble included experienced Jewish performers Anton Berezin and Troy Sussman, who performed in the first Australian production of The Phantom of the Opera.

This slick production by Opera Australia continues the success and popularity of earlier productions.

The Phantom of the Opera is at the State Theatre, Arts Centre Melbourne until February 5. Bookings: phantomoftheopera.com.au