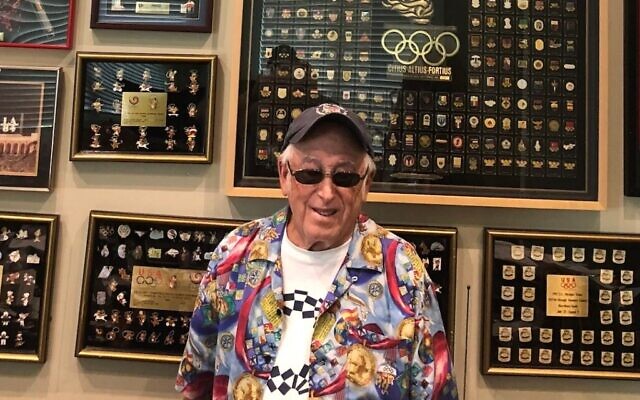 Sid Marantz is one of the world’s most committed pin traders. Photo: Courtesy of Marantz/ via JTA

Marantz is one of the world’s most committed pin traders, is vice president of the board of directors of Olympin, which bills itself as “the world’s largest Olympic collectors club”.

“I’m in it basically just for the fun,” he said.

Marantz became an Olympics enthusiast – with a special interest in Jewish and Israeli athletes – at an early age. He was a teen when his family travelled to Europe for a vacation that ended at the 1960 Rome Olympics. It was at the 1976 Montreal Games that pin trading first caught his attention.

Marantz said he’s traded pins with everyone from Olympians themselves to heads of state and celebrities. The biggest names among his trading partners include Prince Albert of Monaco and former US Secretary of State Hillary Clinton.

But he said the vast majority have been locals who have dabbled in the hobby when their hometowns have hosted the global sports gathering.