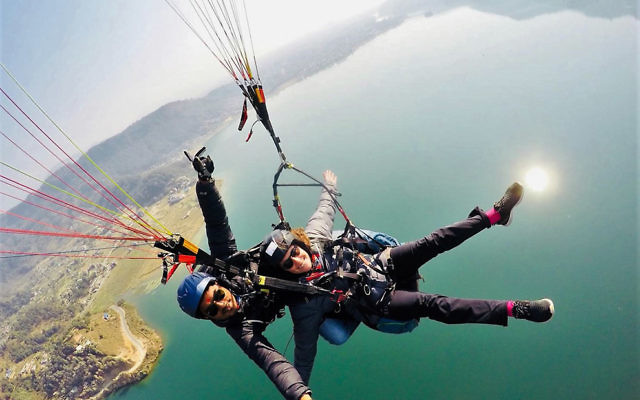 Debby Zwi paragliding with an instructor in Nepal is the winning entry in The AJN's holiday photo competition.

PARAGLIDING high above a lake in Nepal was a bit out of Debby Zwi’s comfort zone during a recent holiday.

“I’m not into adventure sports,” said Debby, a doctor who lives in Lindfield on Sydney’s north shore.

“It was my first visit to Nepal, which is such a beautiful country.”

She was on a week-long holiday with her husband Anthony, professor of global health and development at the University of New South Wales.

The photo of Debby paragliding with an instructor over Fewa Lake in the city of Pokhara has won The AJN’s holiday photo competition with a prize of a two-night stay at historic The Reef House in Palm Cove, 25 kilometres north of Cairns in tropical Queensland.

Pokhara is flanked by the snow-capped Annapurna mountains and is renowned for its adventure sports such as paragliding and white-water rafting.

The winner of The AJN’s sunrise/sunset competition is Alana Ramler of Caulfield with a photo of skateboarders showing their skills at Venice Beach, Los Angeles.

She has won a two-night stay at Peppers Salt Resort and Spa, Kingscliff is on the NSW Tweed Coast, only a 15-minute drive south of Gold Coast Airport.

Ramler, 30, took the photo last November on a stopover in Los Angeles on her way home from New York at the end of two years working in London as an accountant and with a tech start-up in the US.

“I was staying in Venice Beach in LA and was taking a walk before sunset when I came across a skateboard park,” she said.

“A lot of people were watching the skateboarders in action and I took photos from different angles to get the best shot.”

The winner of our reader competition to win a night’s accommodation at the five-star Sofitel Noosa Pacific Resort will be announced at a later date. 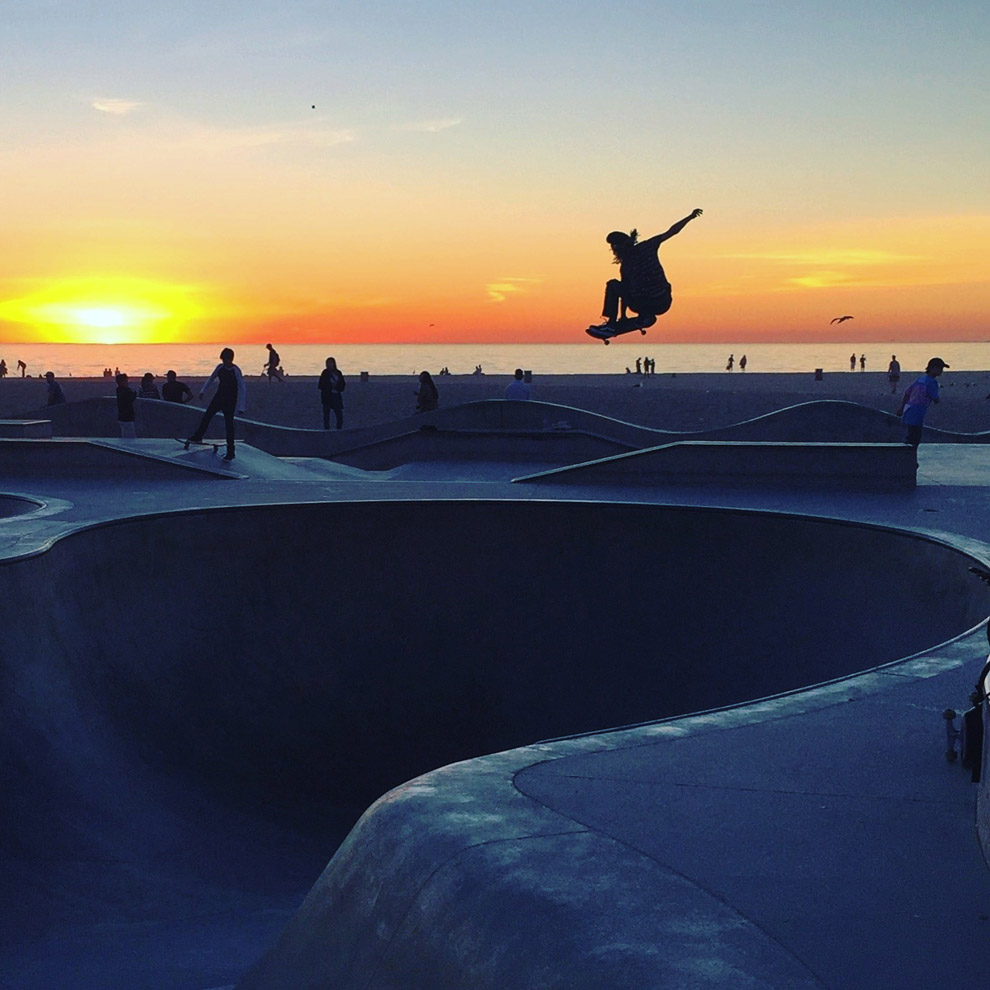