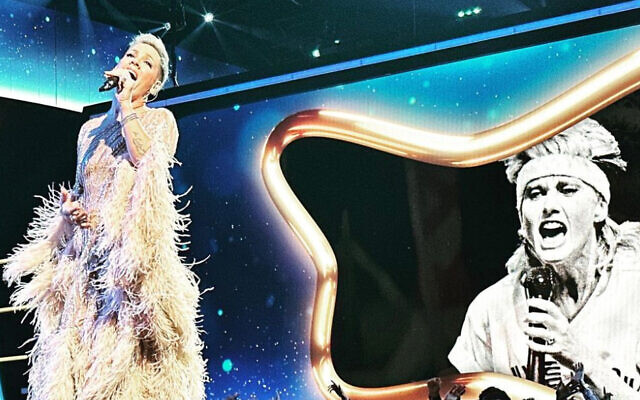 Describing Olivia Newton John as “an icon” and “absolute legend”, Jewish performer Pink has beautifully paid tribute to the actress and singer who died from breast cancer earlier this year.

“She was a kind person,” Pink told People just prior to her moving tribute at the American Music Awards. “And she was really supportive of younger artists and she was present and [had] songs for days. She just was very unique, but you can’t think of another person like her. I hope I do it justice.”

And she sure did, performing Hopefully Devoted to You from Grease.

As Pink sang, iconic images of Newton John, the granddaughter of the Nobel Prize-winning German-Jewish physicist Max Born, who fled to the UK during Nazism’s rise in Germany, were shown on the screen behind her.

Calling the performance an “absolute honour”, Pink said she met Newton John several times, describing her “as darling as you would imagine”.