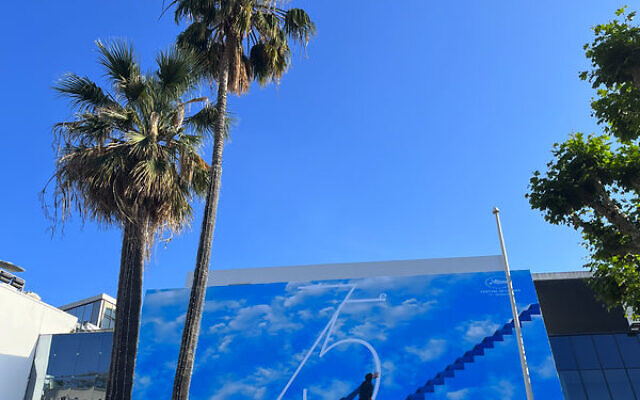 Celebrating its 75th year, Cannes boasts world premiere screenings of scores of films alongside a bustling festival market, where extraordinarily diverse projects – completed and in progress – are spruiked.

The JIFF team was able to secure a selection of films, including Austrian drama Schächten: A Retribution, set in the 1960s, which tells a thrilling story of revenge; March ’68, which explores a little-known slice of Polish history; and French/Italian film Where Life Begins which unfolds on an etrog farm in southern Italy with Esther, a young religious woman, striking up a friendship with the farm owner Elio.

One of the first films viewed by the festival directors was Armageddon Time, from director James Gray. The highly-anticipated project, playing in the Cannes Competition, stars Anthony Hopkins as a Jewish grandfather reflecting on his life and legacy.

From American director Assaf Ben Shetrit comes the inspiring documentary Prophets of Change, following both Israeli and Palestinian musicians in their journeys to galvanise change in the region.

The festival directors attended the first screening of this film at Cannes, and it will premiere at JIFF later this year.

JIFF will play in cinemas across October and November.