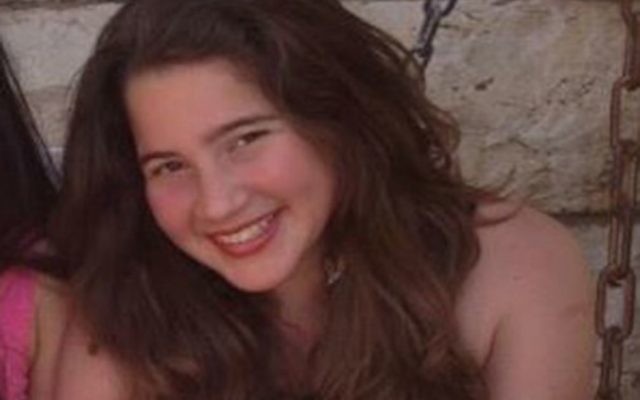 JEWISH gay and lesbian support groups in Australia have called for more tolerance among the Orthodox community in the wake of last Thursday’s attack at Jerusalem’s gay pride parade that claimed one life.

Six people were injured when religious extremist Yishai Shlissel, recently released from prison after serving a 10-year sentence for a near-identical crime at the 2005 parade, attacked marchers and supporters at the event. Shira Banki died from her wounds on Sunday.

Former Dayenu (Sydney) president Kim Gotlieb said it was very distressing to see the incident had escalated “from stabbing to murder”.

“It invites each of us to think about the influence of religious ideologies which support lack of tolerance and acceptance,” he said.

“I do not see him [Shlissel] simply as an isolated madman. I believe he is an expression of an outmoded and ­inappropriate interpretation of the religious text.”

He added: “I hope this incident will spark a renewed level of discussion around these matters. As they say, ‘where there is a rabbinic will, there is a halachic way’.”

Head of Keshet Australia Jonathan Barnett said: “When the rabbis don’t speak up and they are quiet this is what happens.

“We have to speak up for what is right. There isn’t a rabbi in Australia that would condone what happened, but it’s so important that they condemn all acts of homophobia.”

The attack was also widely condemned by the communal leadership.

Australia/Israel & Jewish Affairs Council executive director Colin Rubenstein said: “Together with all of Israel, we mourn the shocking loss of Shira Banki, who was murdered for supporting the principle that LGBT communities should live freely with dignity and safety.

“Israel is known internationally as being a country that embraces freedom of expression and is inclusive of its LGBT communities.

“The extremist who committed this despicable attack will not undermine these principles, as demonstrated by the strong and principled reaction to his crime from across the Israeli political and religious spectrum.”

The Executive Council of Australian Jewry said it was “appalled and shocked” by the attack and expressed its “immense sorrow” at Banki’s death.

“We join with the people of Israel in mourning the death of Shira. We pray that her family and loved ones find the strength to endure and may one day overcome her senseless and tragic murder,” president Robert Goot and executive director Peter Wertheim said in a statement.

“This appalling crime also demonstrates the need for greater security measures to be taken and for increased monitoring of hatred and incitement published online, given that Shlissel declared his intent to attack the Pride Parade in various online forums.”

Zionist Federation of Australia Public Affairs Committee chairman Ron Weiser also expressed his revulsion over the attack and his hope that Shlissel would be punished “to the fullest extent allowed by [Israeli] law”.