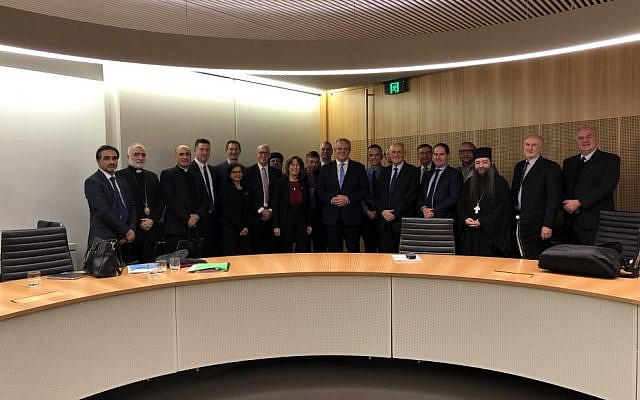 IN a historic meeting in Sydney this week, Prime Minister Scott Morrison met with 21 leaders of major faith communities in Australia to discuss progress in the government’s plans to introduce a religious discrimination bill later this year.

“Each of us outlined what was of importance to our respective communities not only with regard to the proposed legislation but also in terms of Australia’s broader cultural attitudes with regard to religion,” Wertheim said.

“There was a large measure of agreement in the room about many of the principles that the government is grappling with in seeking a fair and workable balance between religious freedom and competing rights and freedoms. This sends a positive message to the world about how effectively Australia operates as a multi-faith and multicultural society.”

He said Morrison praised the role that religious belief has played in community building.