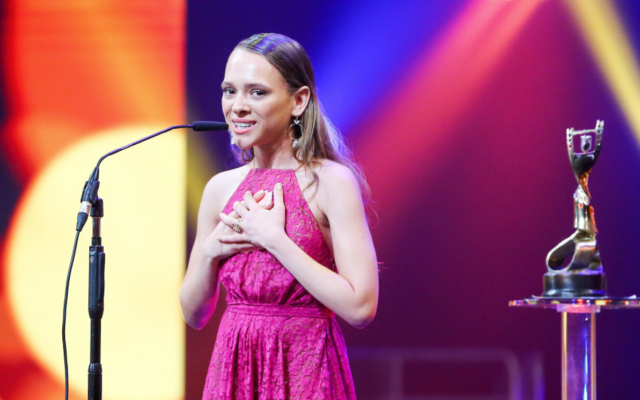 What do you get when you mix up-and-coming actor Shira Haas, Hollywood icon Barbra Streisand and the legendary Golda Meir?

A triple whammy of Jewish girl power, that’s what. And it’s coming our way.

Nominated for an Emmy for her incredible portrayal of Esther Shapiro, an Orthodox Jewish woman escaping her life in Brooklyn, in the Netflix original Unorthodox, Haas is also the first Israeli actor to be nominated for a Golden Globe, and will soon take on the truly iconic role of Golda Meir.

Meir, Israel’s fourth prime minister and the only woman to ever fill the role, has been described by many as the “iron lady” of Israeli politics. Former prime minister David Ben-Gurion himself referred to Meir as “the only man in the government”. She was at the helm for the Munich Olympics, and led Israel through the Yom Kippur War. While her term as prime minister has been dubbed controversial by many, there’s no denying that Meir made her mark on history.

In all ways a formidable woman, Meir was also known as the founding mother of the State of Israel, and grandmother of the Jewish people. With her grey hair tightly wound in a knot, she was often portrayed as straight-talking and sharp-shooting. How fitting that it is fellow Jewish trailblazer Barbra Streisand who will be bringing Meir’s story to the small screen as executive producer.

The magic of three Jewish women

Just as Meir was the first, and only, female prime minister of Israel, Streisand, who is one of only a few artists to be awarded the sought-after EGOT (Emmy, Grammy, Oscar and Tony awards), was the first woman to write, produce, direct and star in a studio film – Yentl (1983). The film won two Oscars in 1984, and Streisand won a Golden Globe for Best Director – the only woman to receive the coveted award until 2021, when Chloe Zhao took home the gong for Nomadland. 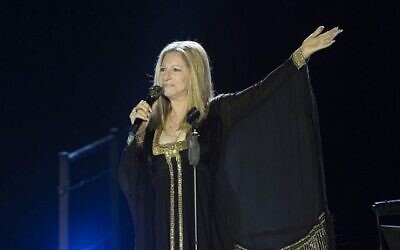 Meir and Streisand share many similarities, and in fact, the pair chatted together in 1978, during a network broadcast called The Stars Salute Israel at 30.

Before the footage cut to Meir in her home, Streisand said: “Before it was fashionable for ladies to be in positions of importance and responsibility, there was a woman who just went out and did her thing. And by doing it, she ended up being one of the most admired, respected and beloved women of this century.”

Streisand herself looked and sounded quite starstruck as she spoke to Meir. The pair actually giggled quite a bit through the candid interview, with Streisand even asking how the former prime minister managed to have so much energy – “Do you take vitamins, a special diet? Do you go jogging every morning?” Meir laughed as she said: “No, never. No sleeping pills and no vitamins.”

Now, Streisand has tapped Haas on the shoulder to take on the coveted role of Meir in the upcoming TV series titled Lioness.

Haas, who was born in Tel Aviv but grew up in Hod HaSharon, has been acting since she was just a teenager and made her first international film appearance in A Tale of Love and Darkness, fellow Jewish actor Natalie Portman’s directorial debut.

Haas has been nominated for five Ophir Awards, Israel’s answer to the Oscars, and won two of them, most recently for her role in Israeli drama, Asia, which tells the story of a mother and daughter trying to handle life in light of a devastating diagnosis.

Despite being approached by several Hollywood producers following her Emmy win earlier this year, Haas chose Streisand’s Lioness over the competition. 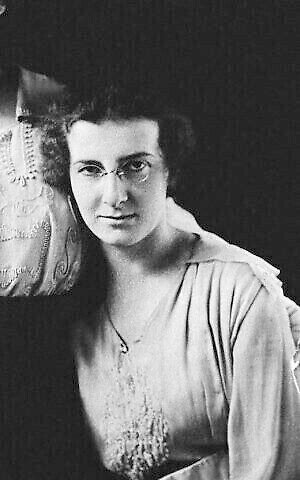 Golda Meir as a young woman in Milwaukee, Wisconsin circa 1915. Photo: AP Photo

The series will follow Meir from her birth in Kiev through to her American upbringing in Milwaukee and then her role in the formation of Israel. While Meir is usually remembered as an “elder of Israel”, Haas rightly pointed out that she wasn’t always 70 years old. “She was a young woman with dreams, like us all,” Haas said during an interview with Israel’s Channel 12.

Lioness‘ co-producer Denise Di Novi believes Meir’s story is important to tell. When they acquired the rights to the book of the same name by Francine Klagsbrun in 2018, Di Novi told entertainment website Deadline how frustrated they were that there are so many incredible women whose stories haven’t been told.

“Golda Meir is one of the greatest and most prominent figures in world history and her entire life as a wife, mother, teacher and creator of a country in one of the most complicated nations in the world should be told.”

While this is not the first screen portrayal of Meir – A Woman Named Golda comes to mind – it is the most star-studded. The show will be written by Eric Tuchman, who is also a writer on The Handmaid’s Tale, and directed by Mimi Leder, a Jewish filmmaker most notably known for her work on TV hit series like ER, The Leftovers and On the Basis of Sex, the biopic about the late Supreme Court Justice Ruth Bader Ginsburg.

When Haas spoke to ET Canada about taking on the role of Meir, she said: “[Meir was] an amazing, difficult, interesting, complex and way-ahead-of-her-time kind of woman. I’m very excited and honoured that Barbra Streisand is part of it, which is a dream, basically.”

While the series hasn’t been picked up by a network or streaming service yet, Haas confirmed that it is already in the making. Stay tuned!