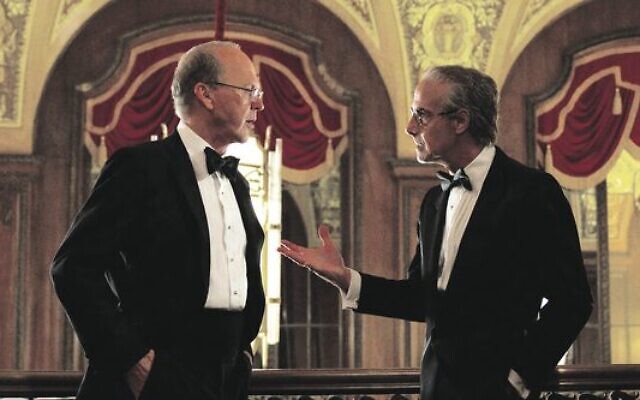 How do you assign a monetary value to the loss of life? The loss of memories, moments shared. The loss of a future. That’s the challenge that lawyer Kenneth Feinberg faced when deciding compensation for families of the victims of 9/11.

Now, 20 years later, that story is being told in the film Worth, staring Michael Keaton as professional arbitrator Feinberg, now streaming on Netflix.

Feinberg, aware that he was making judgments way outside his depth, told JTA that while interviewing families of victims to determine compensation, he questioned the very nature of his profession.

The 9/11 compensation fund, which was created by Feinberg, was criticised for being too impersonal, not considering the grief felt by families.

At one point he is asked why the monetary sums are not equal, with one father shouting, “My daughter is worth just as much as anybody in a corner office”.

The formula that was created by Feinberg purported to objectively assign a dollar value to each life lost.

In the film, viewers learn that the only reason the fund came into existence is because Congress wanted to protect the aviation industry from being sued.

The movie, which is based on Feinberg’s book What is Life Worth?, explores what families really want when they lose a loved one. Many that Feinberg hoped to turn into claimants simply wanted someone to listen to their story.

While the movie only brushes against Feinberg’s Judaism – with one family member angrily stating his fate is being decided by “some Jew lawyer” – Feinberg has admitted that he consulted with Jewish texts throughout the process. He specifically named a passage in Leviticus which offers a scale for the worth of the equivalent for a human being, which is perhaps where the formula came from.

The formula is fixed throughout the film and has since been used as a humanistic approach to victim compensation in tragedies, including the Tree of Life synagogue shooting in Pittsburgh.

Worth is now streaming on Netflix.