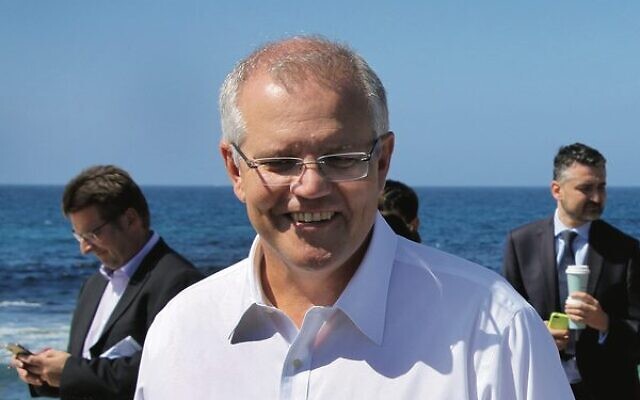 After three years as PM, ScoMo still has a sense of humour. Photo: Gareth Narunsky

While the rest of us are still working off all the doughnuts and latkes we ate during Chanukah, Prime Minister Scott Morrison is already talking about Pesach.

Speaking at a Sydney Institute dinner last Monday night, the PM broke the ice by reflecting on some of the challenges Australia has faced in recent times.

“It has been quite a few years, hasn’t it? These last three years,” Morrison said.

“Hopefully that’s not too soon.”

Given the exodus from Egypt occurred around 1300 BCE, Shmooze is willing to let this one slide, particularly as we know the Prime Minister is a big fan of the writings of the late Rabbi Lord Jonathan Sacks.

Indeed, it’s a pity Pesach next year is likely to fall in the middle of the federal election campaign – it might have been fun seeing ScoMo at a seder.

But if the Coalition doesn’t prevail, he might at least have a future career as a stand-up comic.