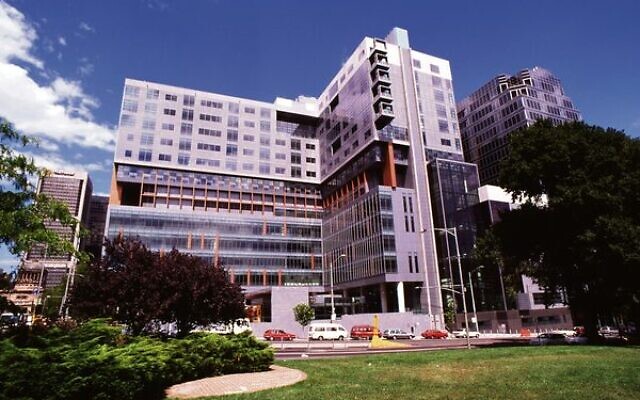 The Federal Court of Australia in Melbourne. Photo: Supplied

BRIGHTON Secondary College (BSC) principal Richard Minack has told a court he declined to offer an apology to Liam Arnold-Levy after the then-student had reported a knife being held to his throat, the Federal Court of Australia has heard.

Arnold-Levy, brothers Joel and Matt Kaplan, Guy Cohen and Zack Snelling are taking legal action against Minack, two other teachers and the State of Victoria over antisemitic bullying they claim to have suffered while students at the school between 2013 and 2020. The five said they left the school because of the bullying.

Counsel for the complainants Adam Butt told the court the school had failed in its duty of care, and the State of Victoria was “vicariously liable”.

Questioned by lawyer Chris Young, QC, for the state and its employees, Minack said that at a meeting in 2016, Esther Meltzer – a wellbeing officer at Leibler Yavneh College, where Arnold-Levy attended after leaving BSC – asked the BSC principal to apologise to Arnold-Levy, but he declined, saying it was the first he had heard of a knife attack, and that the allegations were unsubstantiated.

Arnold-Levy had earlier said he ran to the principal’s office after the knife assault in a school bathroom and was told he could not see Minack but his message would be relayed to him.

However, in court on Tuesday, Minack said of Arnold-Levy, “Knowing what I know now … it would have been appropriate for me to apologise for the hurt that he felt he had experienced at Brighton,” adding he was prepared to apologise now.

Asked about a 2019 incident involving Joel Kaplan, Minack said it was part of a conflict the student had with another student, and that students in such situations make comments “which they know will sting and sometimes include antisemitic slurs”. 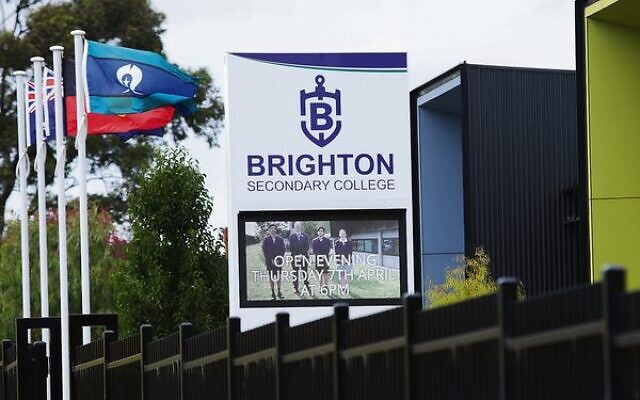 Prompted about a 2020 incident involving Matt Kaplan, Minack said Kaplan had reacted “pretty violently” after another student displayed to him a swastika he had drawn on his finger. Asked why Kaplan had subsequently received a suspension, while the other boy only received detention, Minack told the court, “We can’t have students delivering their own justice,” and that the other boy had acted out of “no particular intent”.

Minack rejected claims by the complainants of widespread daubing of swastikas around the school, with a witness earlier telling the court more than 100 swastikas had been daubed on lockers, bathrooms, fences and books. Minack told the court that students occasionally reported swastikas to him and he had ordered their immediate removal.

However, Jewish ex-student Corey Fooks, whose relatives died in the Holocaust, had previously told the court he reported the graffiti to Minack 15 times … but “they were not being removed”. Minack disputed that claim and also told the court “antisemitic behaviour [at the school] was pretty low”.

Butt asked Minack if he thought he was capable of doing more to remove swastikas or felt incapable, to which the principal replied, “It’s possible we were incapable …”

The principal earlier related a meeting with Matt Kaplan in his office in which the student was “angry and disrespectful”. He had told Minack, “I’ve been reporting ASB [antisemitic behaviour] since year 7, so I’m not going to be polite.” Minack said he had walked out of his office to end the meeting.

Minack said he agreed to brief his staff and address school assemblies about antisemitism after a meeting in which Snelling’s parents had expressed grave concern to him about it. He said he told assemblies that students needed to identify antisemitic offenders. He said complaints about bullying presented to him had not been “specific”, and he had no way of verifying them.

Minack was quizzed about a speech on race he gave to a school assembly, in which he used racial stereotypes, and related his father’s service in the Nazi German military.

Questioned by Young, Sydney academic Emeritus Professor Suzanne Rutland, an expert witness who had written a report critical of the school’s response to antisemitic conduct, said it was possible to give a speech against racist behaviour, as Minack claimed to have done, but to use examples in a way that does not send a clear message.