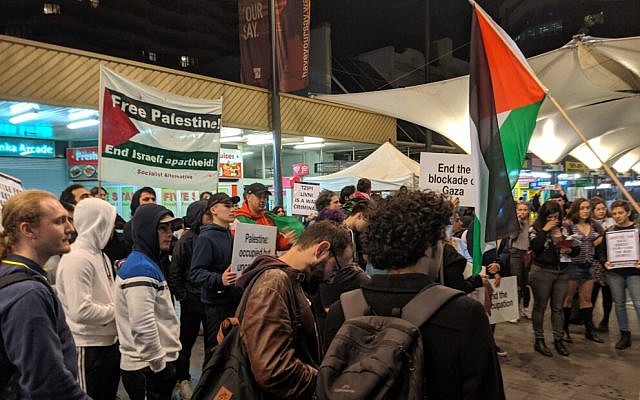 Livni was delivering the 2019 ADC Gandel Oration in Sydney after addressing audiences in Melbourne on Monday night. 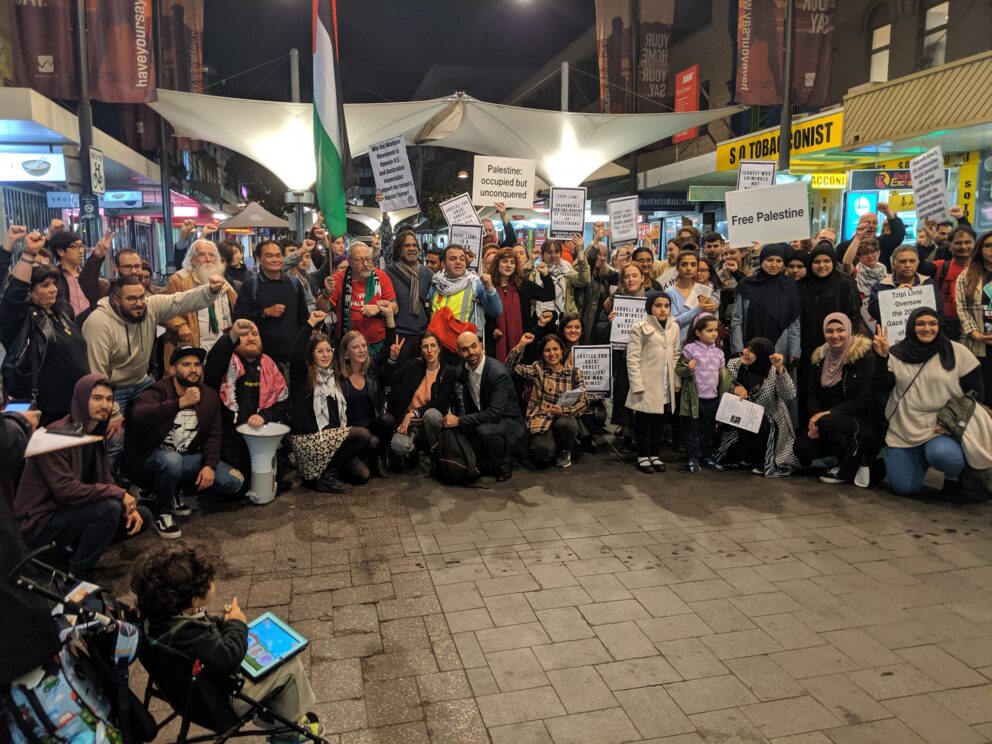 The rally – organised by the Palestine Action Group Sydney – saw protesters chanting “From the river to the sea, Palestine will be free” in Bondi Junction’s Oxford Street Mall, before marching to Moriah College, where Livni’s address was being held.

Protesters held placards with the words “Tzipi Livni you can’t hide, you’re supporting genocide”, as well as signs calling to “end Israeli apartheid” and “end the blockade of Gaza”.

Sharing a post by the Australia Palestine Advocacy Network (APAN), captioned “Sydney showing Tzipi Livni she is not welcome here”, Sharma said, “What a shameful episode. 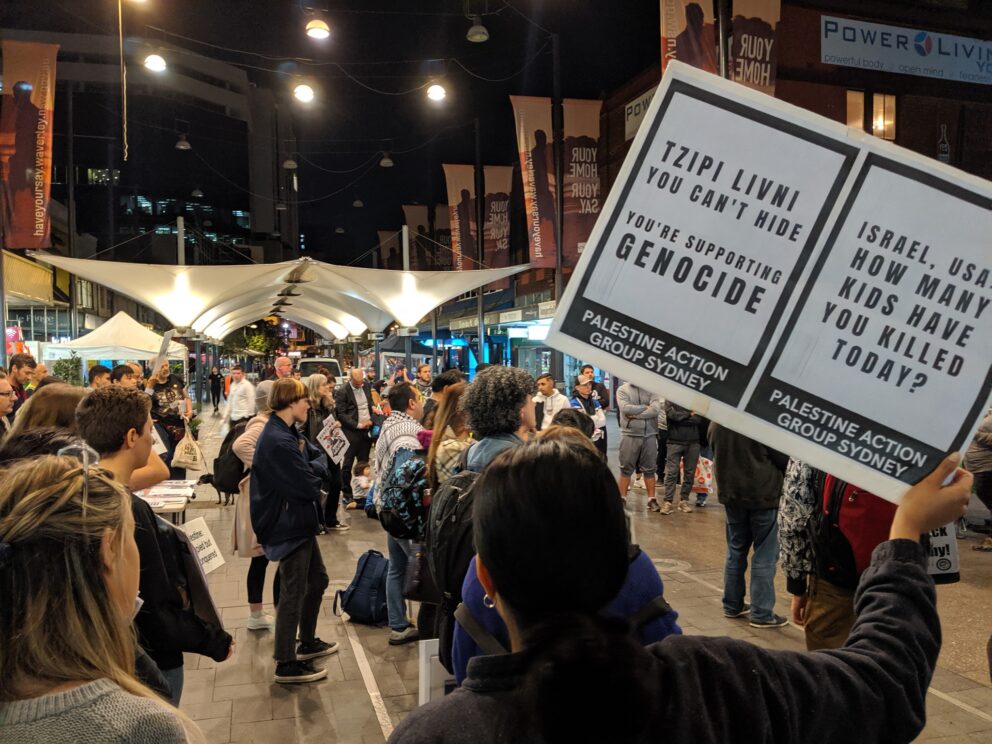 “The Australia Palestine Advocacy Network promotes peace by … wait … urging the boycott one of the most pro-peace Israeli politicians around, Tzipi Livni. She is welcome in Ramallah, but — according to APAN — not in Sydney.”

Ten NSW Police officers were seen outside Moriah as the protest took place. Livni’s address went ahead without incident.