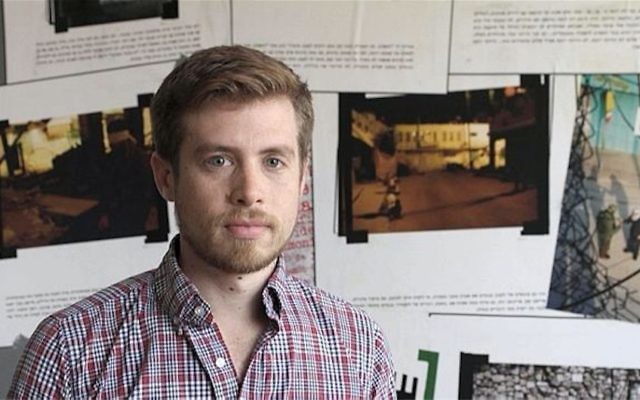 IN a move that is sure to spark outrage among wide sections of the Jewish community, the executive director of controversial Israeli group Breaking The Silence is visiting Australia next month, as a guest of the New Israel Fund.

But ahead of his visit AJN readers have a chance to put any questions they have to him and hear what he has to say.

Avner Gvaryahu, whose organisation publish testimonies from former and serving members of the Israel Defence Forces that are highly critical of the occupation, the treatment of the Palestinians and other aspects of government policy that impact their orles in the IDF, will be in both Sydney and Melbourne to launch the book Kingdom of Olives.

Comprising essays, penned by Jewish, Israeli, Palestinian and international authors, including Australian Pulitzer Prize-winner Geraldine Brooks, the collection, according to Gvaryahu, “Is a unique opportunity for the authors to shine a light for their readers on what occupation means for those living under it but also those enforcing it”.

Since its establishment in 2004, Breaking the Silence has come under fire from a number of quarters with concerns raised over the reliability of the soldiers’ testimonies, the fact that many are anonymous, and the potential damage their claims do to the IDF and to Israel itself.

While a number of Israeli leaders including Benjamin Netanyahu and Naftali Bennett have publicly condemned Breaking the Silence, others, including senior security personnel have defended the group, claiming it plays a role in ensuring the democratic nature of the State of Israel, helping maintain the ethical standards of the IDF and giving a voice to its members.

Kingdom of Olives is being launched at Paddington Town Hall, Sydney, on June 6 and at Memo Music Hall, St Kilda on June 7, with Gvaryahu and award-winning Israeli author Assaf Gavron, taking part in Q&A sessions at both events.

Before that though, Gvaryahu is inviting AJN readers to “ask me anything”.

So now is your chance to raise any concerns you have about Breaking the Silence with him and get an answer.

Simply email your questions to bts@jewishnews.net.au by Wednesday, May 23, and we’ll include as many as we can together with his responses and analysis of them in the following week’s issue of the paper.

Info:
For more information and tickets to the book launches, visit www.nif.org.au.