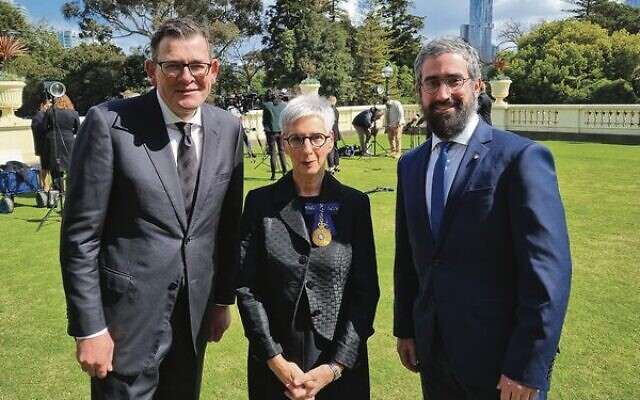 Rabbi Yaakov Glasman said it was an “absolute honour and privilege” to have represented St Kilda Shule, and both the state and federal rabbinate at the official proclamation ceremony of His Majesty King Charles at Government House.

Rabbi Glasman was invited to the ceremony by the Governor of Victoria Linda Dessau, as well as her husband and former county court judge Anthony Howard.

“The Governor’s address was profoundly moving as Her Excellency articulated so eloquently the sheer love and admiration so many had for Her Majesty the Queen, while also welcoming so warmly the ascension of His Majesty the King,” Rabbi Glasman shared.

During the ceremony Rabbi Glasman also signed the condolence book for the Queen.

He added that it was also “very special” to have caught up with both the Governor and the Premier after the official proceedings on what was, “in terms of the royal family, the second most memorable day in my life, second only to having met Her Majesty the Queen during her most recent visit to Melbourne in 2011”.