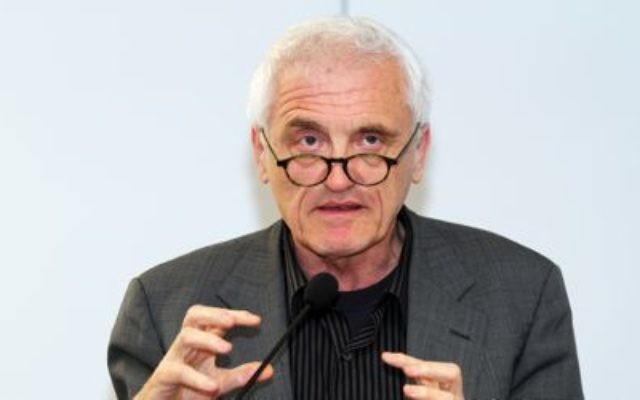 A LEADING international Holocaust scholar was accused of being behind a literary hoax during a recent lecture in Sydney.

The academic, Professor Jan Gross from Princeton University, presented a session on his latest book, Golden Harvest, which asserts that Polish people dug though the ashes of murdered Jews to search for valuables after the Holocaust, at the University of NSW last week.

But members of Polish advocacy group Nasza Polonia attended the lecture in protest at Prof Gross’ thesis, handing out letters titled, “Holocaust Profiteering by Literary Hoax” and questioning the accuracy of his book.

“He has painted a picture of Poles as we are not liking Jews, which is wrong,” Nasza Polonia president Adam Gajkowski said.

Gajkowski admitted that he is not a historical expert and conceded that the alleged atrocities could have happened, but only in rare cases.

“Gross presented a picture that he said was taken at the graves and of the ashes of Jews that were killed but he is wrong,” he said.

“His historical workshop is very poor, full of misrepresentations and false accusations.”

While critique is a legitimate course of academic discussion, those at the session said Gajkowski and his supporters were loud and interrupted the presentation.

“Gajkowski and other members were disrupting the entire session,” he said.

While Knoll and some other audience members were concerned about Nasza Polonia’s motivations, Gajkowski denied his group held any hostile feelings toward Jewish people.

“The concentration camps and gas chambers were there. The ovens in which the bodies were burned were there. I don’t think that I’m anti-Semitic and I don’t have anything against Jewish people,” he said.