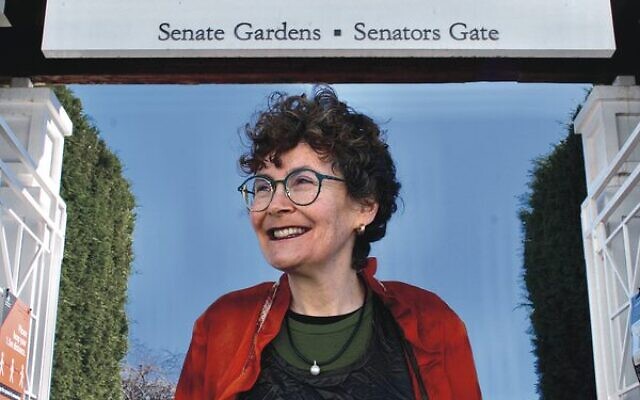 IF elected to Parliament, Professor Kim Rubenstein could become the first Jewish federal representative who is shomer Shabbat.

The sixth-generation Jewish Australian, law professor, citizenship expert and human rights advocate has formed a new independent party, Kim for Canberra, in an attempt to snare an ACT Senate seat at the next federal election.

“I’ve been working for over 25 years in public policy issues … and I think the last 18 months, in particular with COVID, and with core issues about citizenship and gender being so significant, it just made me feel, ‘if not now, when’,” she said.

“I think there is a real need for independent voices to enter our Parliament in a way that brings out the best in the parties, rather than what we’re seeing.”

“Having an independent in the Senate for Canberra will mean [people will] have direct representation into Parliament in terms of their needs,” she said.

“The second is really making Parliament for the people, not for the politicians. We’ve seen over the last 18 months a significant period of polarisation … both parties deferring to a populist and xenophobic style of politics rather than, I would say, moving towards a more inclusive and engaged, collaborative discussion over significant policy issues.”

The third area, she said, is “bringing Australia into the 21st century” via constitutional change.

“We have to start with Indigenous reconciliation and reconciling the constitution with the First Nations of Australia. I feel very confident that a bipartisan approach could really lead to constitutional change there.”

Noting Australians have typically been reticent about constitutional change, she said, “If we show that we can do it, then I would move to two other key things.”

One is changing Section 44(i), which deals with dual citizens running for office. “49 per cent of Australians either are born or have a parent born outside Australia. So there are lots of people with connections to other countries that undermine their capacity to be members of Parliament,” she said.

“The third is the republic. I’ve been working on the move to a republic since the constitutional convention debates of 1998. And I think if we got those first two changes up, we’d be extra confident that we could form a republic.”

A past president of the ACT Jewish community, she said her Jewish heritage has “always been significant in my sense of identity … I’ll be very clear in running my campaign that I keep Shabbat.”

With regards to foreign policy, she said, “One of the things I’m really keen on broadly – and this would relate to any policy issue – is to bring in the hard data, the research, the evidence. And I think that is important with all foreign policy, including Israel.”