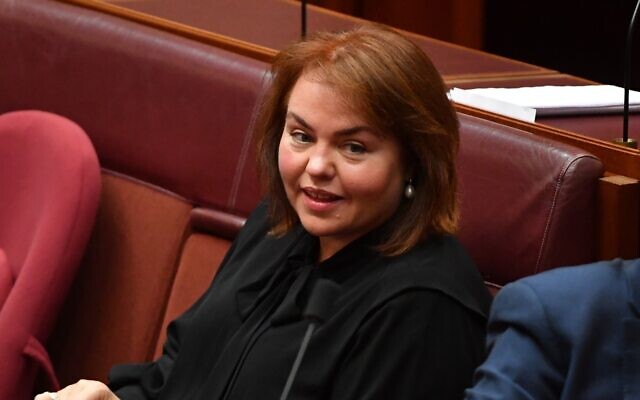 Noting that some UN agencies “do an excellent job without being politicised”, Kitching, who is chair of the Foreign Affairs, Defence and Trade References Committee, said the same could not be said for the UN Educational, Scientific and Cultural Organisation (UNESCO), “which has been turned into a forum for anti-Western and anti-Israel propaganda”.

Kitching then turned to the UN Relief and Works Agency for Palestine Refugees in the Near East (UNRWA), which she said “has a school curriculum and supports school textbooks which mandate that children be trained for belligerence against Israel, to take up arms against Israel”.

“The last thing children need to be taught is hate,” she said.

Even worse, she said, is the situation at the UN Human Rights Council (UNHRC), where states “which notoriously abuse human rights are regularly elected to the council” and “often collude to protect each other from censure”.

“The only country that is regularly condemned by the UNHRC for alleged human rights abuses is Israel, which is the only country subject to a standing agenda item,” she said, noting countries such as China, Russia, Zimbabwe, Turkey, Sudan, or Saudi Arabia are rarely condemned.

“Israel is the only country in the Middle East with free elections, free media, free trade unions, free civil society, freedom for all religions and freedom for women and for LGBTI people,” she said.

“Yet it is regularly condemned by a council dominated by countries which have none of these things and which demand a far higher moral standard by other states than they do of themselves.”

She also noted the UN’s silence on China’s actions towards its Uyghur minority and its actions in Tibet and Hong Kong.

Executive Council of Australian Jewry (ECAJ) co-CEO Alex Ryvchin commended Senator Kitching “for her remarks about the shameful double standards to which Israel is held at the UN, which not only assails an open and liberal democratic state but undermines the very credibility and effectiveness of the UN”.

“Her words in support of the beleaguered Uyghur people who are suffering so gravely were also full of courage and clarity. The Jewish people are proud to count Senator Kitching as a friend,” he said.

Australia/Israel & Jewish Affairs Council executive director Colin Rubenstein added, “Senator Kitching is to be commended for forcefully and accurately deploring how so many UN agencies such as UNESCO and the UNHRC, dominated by countries without Israel’s democratic qualities, have with monotonous regularity, unfairly, hypocritically and absurdly devoted so much time and resources to anti-Israel activism.”

Zionist Federation of Australia president Jeremy Leibler said Senator Kitching’s “long-standing commitment to the fair and equal treatment of all countries, including Israel, was once again on display during this roundtable”.