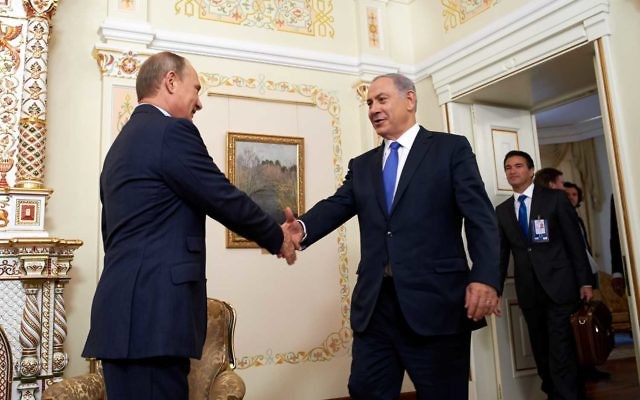 The Palestinians are ready to participate in a peace initiative, the office of Palestinian Authority President Mahmoud Abbas said this week.

“We are ready to participate in any regional or international initiative with the objective of a comprehensive and fair solution,” the president’s spokesman, Nabil Abu Rudeina, said in a statement, the French news agency AFP reported Monday.

The statement comes amid reports that Russian President Vladimir Putin is arranging a meeting between Abbas and Israeli Prime Minister Benjamin Netanyahu.

The Kremlin could not confirm such a meeting, AFP reported.

The Israeli news website Ynet reported on Sunday that an Abbas-Netanyahu meeting under the auspices of Putin would take place around October, citing unnamed Israeli and Palestinian officials.

In announcing the Putin offer, el-Sisi said his country supports the efforts and that “both sides are urged to participate and respond positively to the initiative for the sake of finding light at the end of the tunnel for Palestinians and establishing their state alongside Israel.”

El-Sisi said that Israel’s understanding of its own need for an agreement and its desire “to lead to a kind of break in the impasse” have both been growing, “and that’s a positive sign”.

The Palestinians favour the French peace initiative launched in June at a one-day summit in Paris of foreign ministers from two dozen countries – an initiative aimed at rebooting peace talks between the Israelis and Palestinians, who were not themselves invited to the event. The ministers proposed an international conference to further talks between the two sides by the end of the year without setting a date.

Israel has baulked at the initiative, saying it enables the Palestinians to continue to avoid the direct talks Israel wants.

Abbas and Netanyahu last met officially in 2010, but it is believed that since then they have held secret meetings.

Putin and Netanyahu spoke by phone about the Israeli-Palestinian peace process two days after Putin reportedly offered to hold direct talks in Moscow.

The pair also addressed other Middle East concerns, according to Haaretz.