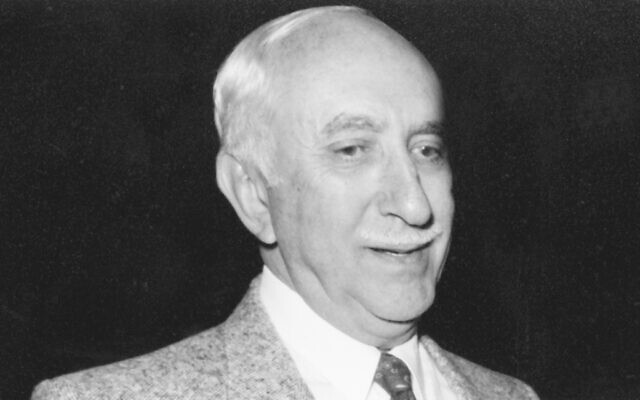 QUEENSLAND and Australian Jewry lost a great leader with the passing last week in Sydney of Laurie Rosenblum at the age of 95.

Rosenblum served the Jewish community for more than half a century as president, life member and life governor of the Queensland Jewish Board of Deputies (QJBD), pioneering many of the state’s Jewish institutions.

A war veteran, he had a strong character and stood up for Jewish rights, Indigenous rights and promoted dialogue with other faiths.

He was an avid Zionist and made lasting connections between Ambassadors and officials.

Rosenblum was also the first and only person from outside Sydney or Melbourne to be made an honorary life member of the Executive Council of Australian Jewry in recognition of his incredible contributions.

“For more than 50 years Laurie was Queensland Jewry. He combatted antisemitism like no other, fought vigorously against racial discrimination and did everything he could to ensure Jews across Australia had a loud and thoughtful voice,” he said.

“He worked tirelessly with political leaders from all parties to ensure they understood the Jewish perspective and developed enduring relationships with many.

“He was a kind, thoughtful, quick-witted, articulate and collegiate gentleman who has left an enduring legacy for Queensland and Australia.”

He is survived by his children Greg and Yvette, and numerous grandchildren.