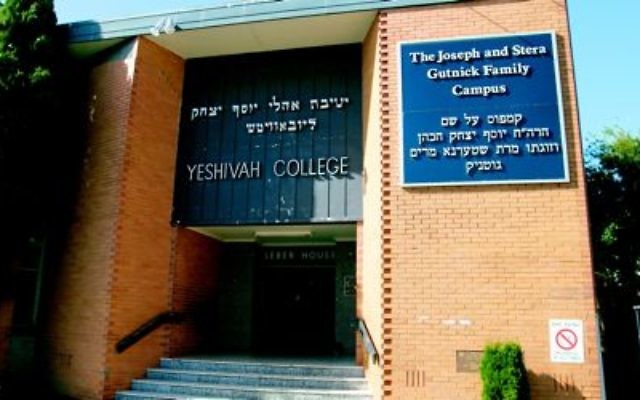 THE Governance Review Panel’s (GRP) proposal for the restructure of the Yeshivah Centre would only be possible if trustees and Interim Committee of Management (ICOM) members were to break their promise to the community.

Both the trustees and ICOM members told the community last year that they would step down and relinquish control at the end of 2015, but that time has been extended because the implementation of a new governance structure is taking longer than expected.

However, under the proposal put forward by the GRP, both groups would be embedded in the Yeshivah Centre’s leadership for at least three years. For the first three months, until elections are held, the centre would be run by two former ICOM members, two people nominated by the trustees and a fifth person appointed by the four board members.

There would then be elections, and for three years the centre would be run by a nine-person board (the YCL), which would include three former ICOM members and two members appointed by the trustees. As a result, the ICOM-trustee bloc would have a controlling interest on the YCL board.

The GRP told The AJN this week that they proposed what they considered to be the most appropriate structure for the future of the Yeshivah Centre.

“Statements by individual people about when they intend to stand aside are not factors relevant to deciding the best structure for the future,” the GRP said.

“The GRP agreed with a number of submissions that, notwithstanding problems associated with the past, it was not in the interests of the community to dispense entirely with the historic and corporate knowledge of previous management.

“For that reason, the GRP considered it prudent to provide a mechanism for the continuity of that historic and corporate knowledge in the early period of the new structure. That is achieved by permitting the existing trustees to make appointments to the board, including appointing those who have served on the Interim Committee of Management.”

The structure of the Yeshivah/Beth Rivkah board (YBRSL) is also problematic because only four people on the board of nine would be voted in by parents of students at the schools. The remaining five board members would be appointed by the YCL, which could be controlled by the ICOM-trustee voting bloc.

As a result, the people elected by the parents would not be able to make decisions or changes without the approval of those appointed by the YCL.

The trustees and members of the ICOM refused to answer questions from The AJN this week about the proposed restructure, but according to several sources, trustee Mendel New publicly stated on Shabbat that the trustees helped build Yeshivah and they aren’t going anywhere.

A spokesperson for the centre said that New “spoke passionately to the Yeshivah community regarding the privilege of being appointed by Rabbi Groner and working for the Yeshivah Centre over many decades”, and said that it is his duty to ensure that the ethos and legal responsibilities are maintained.

“He [New] reassured the community that he would continue to remain committed to and involved in the Yeshivah Centre, assisting and supporting the organisation with its important work in any way possible,” the spokesperson said.

Communal submissions for the proposed structure have now closed. The GRP is now considering submissions before submitting the proposal to the trustees, who are required to approve it for adoption.