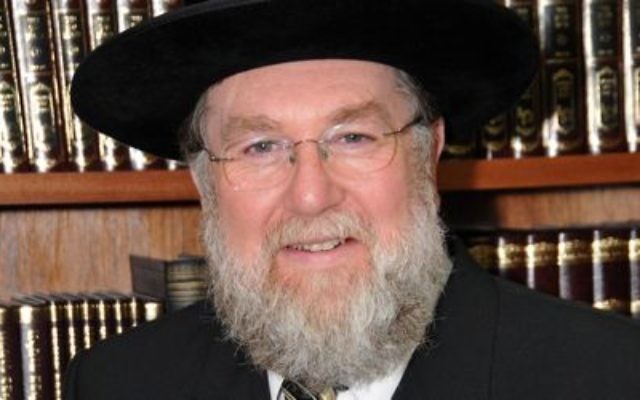 THE Australian is expected to apologise this weekend after it claimed that former president of the Organisation of Rabbis of Australasia (ORA) Rabbi Dovid Freilich said that 95 per cent of Australian rabbis believe child sexual abuse charges should be dealt with internally.

Rabbi Freilich praised the article, “The Shunned”, that appeared in Saturday’s edition of The Australian, because he said that whatever can be done to stamp out the scourge of sexual abuse of children in society is to be commended and encouraged, but said that being misquoted was disappointing.

“I believe that the vast majority of rabbis in Australia firmly and categorically support the immediate reporting of child abuse to the police,” Rabbi Freilich said in a letter to The AJN and The Australian this week.

“This was always the official stance of the ORA.”

Senior writer at The Australian Kate Legge apologised to the rabbi when she was contacted by Rabbi Freilich this week.

“We will clarify the comment on the letter page next week,” the journalist said to Rabbi Freilich.

But in response to the article, which caused concern throughout the community because of the claim, the Rabbinical Council of Victoria (RCV) restated its policy on child sexual abuse to the community.

“The RCV has stated on numerous occasions that all cases of child abuse must be reported immediately to the police. The council’s resolution to this effect was adopted by the rabbis of Victoria unanimously and bears the name of each rabbi,” the statement read.

“The RCV’s widely publicised position that any and all cases of child abuse must be reported immediately to the police and relevant authorities has appeared numerous times in Jewish and wider Australian media,” RCV president Rabbi Meir Shlomo Kluwgant said.

Rabbi Kluwgant said there is no basis to the claim that 95 per cent of Australian rabbis prefer child sexual abuse cases be dealt with internally, and he said he was expecting a full and swift retraction by those responsible.