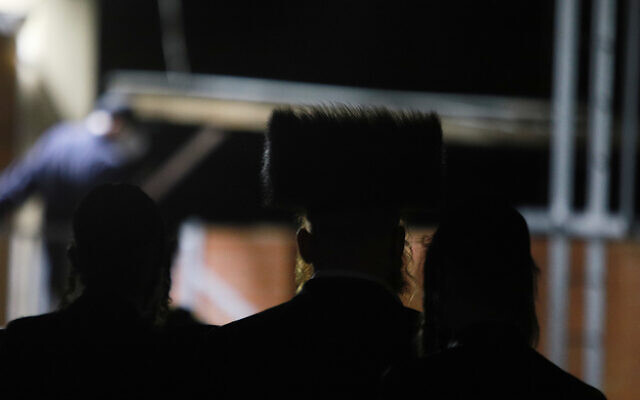 DOZENS of Orthodox rabbis in Melbourne wrote to Daniel Andrews this afternoon urging him to allow COVID-safe minyans over Yom Kippur.

It follows a meeting between representatives of the Rabbinical Council of Victoria (RCV) and government officials, as well as federal Member for Macnamara Josh Burns and state Member for Caulfield David Southwick.

The rabbis, who include RCV  president Rabbi Philip Heilbrunn and head of the Melbourne Beth Din Rabbi Mordechai Gutnick, wrote that Yom Kippur services would be masked, socially distanced, outside if need be and “comply with whichever other safety directions current health advice deems necessary”.

The AJN understands a number of other rabbis have asked that their names be added to a new draft of the letter.

One rabbi who didn’t sign was ARK Centre’s Rabbi Gabi Kaltmann. He told The AJN, “It would be beautiful to gather together over Yom Kippur but let’s not forget the mitzvah of the day is to fast and do teshuva which can be done safely and meaningfully in our homes.”

Earlier today it was revealed that nine rabbis, who described themselves as representatives of “the strictly Orthodox Jewish population in Melbourne”, had written to Andrews urging him to allow Yom Kippur services.

They claimed that while they appreciated the efforts of the RCV and the Jewish Community Council of Victoria, who had been holding talks with the government, these organisations did not “fully cater for the specialised and unique needs” of their 10,000-strong demographic.

Noting that a Thai boxing event had been allowed to take place recently, the rabbis offered to implement strict COVID-safe measures over the yom tov, including density quotients, pre-registration, outdoor services, marshals, social distancing and mask-wearing.

The rabbis’ request was endorsed in a separate letter to the Victorian Premier from Rabbinical Association of Australasia president Rabbi Yaakov Glasman.

They received further support from  the Chief Rabbis of Israel and Russia who also wrote to Andrews urging him to allow religious services over Yom Kippur.

Stressing the need for united prayer on the holiest day in the calendar, Israel’s Chief Rabbi Yitzhak Yosef stated that “it is very much an essential need for the Orthodox Jewish population of Victoria”.

Chief Rabbi of Russia Berel Lazar, meanwhile, noted “inconsistencies in regard to the basic religious needs of Orthodox Jews and how they are not deemed essential, in contrast to categories like sport, arts and business who are allowed to gather safely when considered essential”.

The sentiments were echoed by US Orthodox organisation Agudath Israel of America, who wrote to the Premier, stating they are “deeply dismayed by reports from constituents in Melbourne about the draconian restrictions”.

The latest approaches to the government follow dramatic scenes in Ripponlea last Tuesday when members of an Adass Israel breakaway group held an illegal minyan on Rosh Hashanah.

Further coverage in this week’s AJN (out Wednesday due to Yom Kippur).