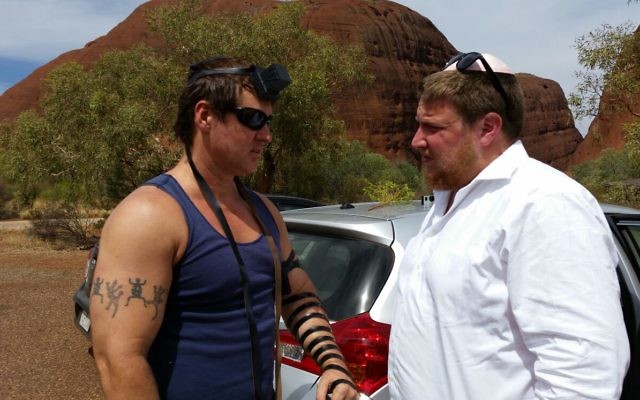 Chabad of RARA is hoping to raise $250,000 through a Charidy campaign.

CHABAD of RARA (Regional and Rural Australia) will enlist Charidy.com to carry out a 24-hour campaign (from 2pm on August 22) in which they are seeking to raise $250,000 to continue and improve their services.

Charidy launched in New York City three years ago, and came to Australian shores a few months ago with Peretz Schapiro at the helm.

Speaking to The AJN, Schapiro, who is managing director of Charidy Australia, explained that their philosophy is that people love giving to their favourite charities, but don’t give to their capacity. He said major donors can feel like “an ATM”, while small donors are “never really asked”.

“How do we harness the crowd, as well as getting the major donors inspired?” Schapiro explained of Charidy’s objective. “Our goal is to bring major donors and small donors together.

“People want to give, but they need to feel that their donation is making a difference.”

In this climate, the way Charidy works is by having each organisation running a campaign enlist three major donors, who will then match dollar for dollar the donations given from general supporters. Therefore, if one donor gives $100, his or her donation will be increased to $400, thanks to the support of the matchers.

Schapiro explained that this online giving platform has been successful for various reasons, including the 24-hour length of every campaign. “There is a sense of urgency.”

Notably, if a campaign’s goal is not reached, the donors’ money is not taken. But Schapiro noted that this has only happened three times in Charidy’s history, whereas it has carried out approximately 850 successful campaigns and raised millions of dollars for a variety of organisations.

So far, Charidy has run eight successful campaigns in Australia for Jewish organisations, including Leibler Yavneh College and WIZO. On average, these campaigns have exceeded their goals by 61 per cent.

“The Jewish community is a very giving community,” Schapiro said, adding they are seeking to expand into Australia’s wider community.

Chabad of RARA’s campaign will run from 2pm on Monday, August 22 until 2pm on Tuesday, August 23.

Director Rabbi Yossi Rodal explained that the money raised would go towards purchasing a new vehicle, which will travel around the country and double as a library.

The money would also allow Chabad of RARA’s North Queensland shlichim Rabbi Ari and Mushkie Rubin to remain in their roles serving the 1000 Jews who live across the region. Finally, Rabbi Rodal said they would like to start servicing the outer areas of Melbourne with classes, holiday events and Shabbatons.

To donate to the campaign on August 22-23, go to www.charidy.com.