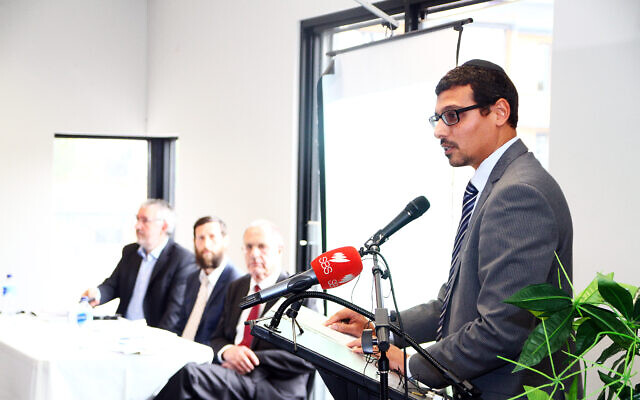 THE Rabbinical Council of Australia and New Zealand (RCANZ) has been forced to find a new name after another organisation with the same name, led by child sexual abuse victims’ advocate Manny Waks, was formally registered late last month.

The controversy began on the eve of April Fools’ Day when Waks took to social media to announce his appointment as president of RCANZ.

While many believed the appointment was merely a joke, Waks confirmed to The AJN, “Sadly, it’s all 100 per cent accurate.”

The AJN understands the initial RCANZ, led by Rabbi Yaakov Glasman, applied to the Australian Securities and Investments Commission (ASIC) for voluntary deregistration of a company in October last year, declaring “the company is not carrying on business”.

The executive of the former RCANZ told The AJN on Monday its application to become incorporated as an association instead “which began in December last year is due to be finalised in the coming days”.

However, seizing on the fact the initial RCANZ had been deregistered, Waks said, “We stepped in and formally registered the Rabbinical Council of Australia and New Zealand in our name.”

Secretary of the new RCANZ, Melbourne businessman Phillip Weinberg, told The AJN, “We recognise the current timing is not ideal but we had to take advantage of the opportunity which arose when the rabbis disbanded their organisation.”

Stating, “We aim to hand over the association to experienced community leaders and rabbis to establish an Orthodox rabbinic body,” Weinberg said, “Obviously, that’s not us and we have no intention of holding ourselves out as something we are not.

“We have, however, started working with very experienced communal leaders and rabbis who are eager to establish a rabbinate of which our community can be proud and to whom we are keen to hand over our association as quickly as possible.”

He added, “We expect to make further announcements on this front in due course.”

As for the previous RCANZ, its executive told The AJN, “The name we were intending to use has been taken by another party so we will now need to use a similar name instead and we will continue to serve our respective congregations as best as possible during these difficult times.”