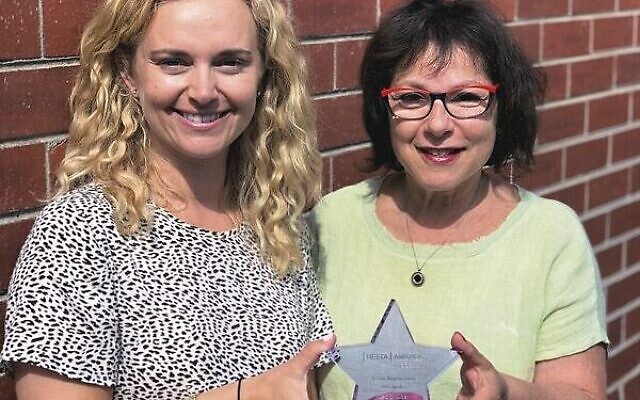 THE Victorian branch of the National Council of Jewish Women of Australia (NCJWA) has been recognised in this year’s Hesta Awards for their Caring Mums program. The initiative was a finalist in the Team Innovation category, and despite not winning, the team was thrilled to be put forward for this national accolade.

Raising a child can be incredibly challenging, but Caring Mums, a program that was launched in 2012, provides emotional support to pregnant women and new mothers from all cultural, ethnic and socio-economic backgrounds. In its 10 years of operation, the team has already won several awards for their outstanding work, including the Victoria Multicultural Award for Excellence in 2014, the Volunteering Victoria Inaugural Impact Award in 2015, the Glen Eira Volunteer Award in 2017, the Victoria Early Years Award in 2020, as well as receiving several other nominations for their services.

Their nomination for this year’s Hesta Awards was chiefly due to their pivotal role during COVID-19, as volunteers provided nurturing and reliable support to new and expecting mums throughout the pandemic. In the 12 months to August 2021, volunteers spent nearly 4000 hours connecting with mothers and mothers-to-be, helping to reduce anxiety, isolation and depression.

In the coming weeks, the program will train its 200th volunteer, a feat worth celebrating.

NCJWA programs coordinator Michelle Kornberg told The AJN, “The volunteers do not come in as experts, they offer no advice. What they do offer is a nonjudgmental ear as they normalise, validate and bear witness to their matched mother’s journey.” 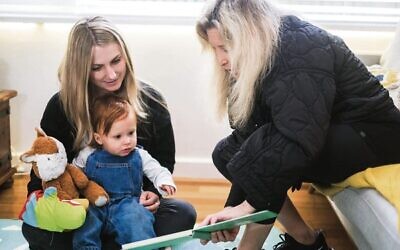 Mum and Volunteer looking after a baby.

The program has already helped many mothers, with new mother Amy – an expat from England with no family in Australia – saying, “Sometimes when you just want to call your mum, and say ‘I just can’t get Finley to sleep’ or ‘I can’t do something’, I can’t call my mum because it’s in the middle of the night. But knowing that I have someone on this side, close by to say to ‘Hey, I need a bit of help,’ and to have that person to help me in that moment has been fantastic.”

Volunteer Rachelle said, “Mothers need support in terms of knowing that there’s someone there, and that they’re doing a terrific job, and even the moments where it’s been challenging, that the mothers can feel that they have cheerleaders and supporters. We are present and we are there, totally dedicated to them.”