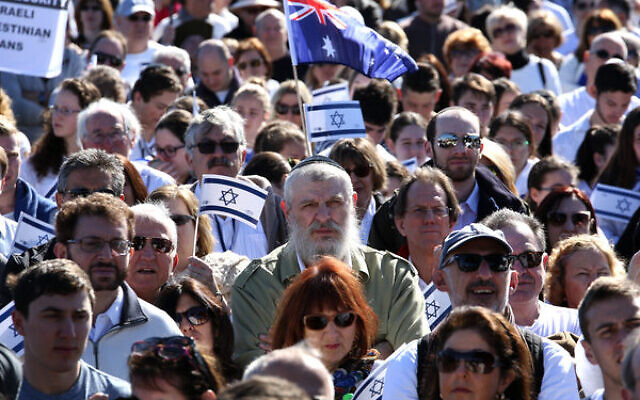 Members of the Sydney Jewish community at a pro-Israel rally. Photo: File

THERE were almost 100,000 Jewish Australians in 2021, according to Australian Bureau of Statistics (ABS) figures released this week from the 2021 Australian Census – 99,956 to be precise, a figure the Executive Council of Australian Jewry (ECAJ) has indicated is an all-time record.

Wertheim noted that the 2016 Census had been the first to place the ‘no religion’ category at the top of the religion questions, perhaps drawing an unusually high response from Jewish Australians who do not consider themselves religious. He also noted the technical difficulties with the online version of the 2016 Census, which crashed on Census night that year, affecting the data intake.

The apparent reduction in the number of Jews in Australia “flows from the 2016 Census, but the ABS didn’t accept that”, he recounted.

Wertheim noted that the anomalies of the 2016 Census in counting Jewish population were laid out in the Gen17 report.

Based on undercounting due to some Holocaust survivors not indicating their religion, and the ‘no religion’ option remaining at the top of the questions in 2021, there are probably as many as 120,000 Jewish Australians today, he estimated.

State and territory figures from the 2021 Census reveal that Victoria remains the most populous Jewish state or territory in Australia, with 46,645 Jews, a 10.4 per cent increase on the 2016 figures. New South Wales followed closely with a Jewish population of 40,249, up 9.1 per cent on 2016. The two eastern states account for around 85 per cent of Australia’s Jewish community. 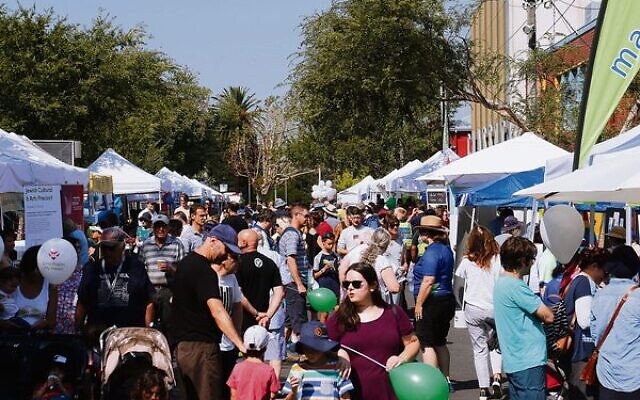 Members of the Melbourne Jewish community enjoying the In One Voice Festival. Photo: Peter Haskin

Categorising Jewish population by region of birth, the 2021 Census found there were 55,860 Jews born in Australia. The second most common birthplace of Australian Jews was sub-Saharan Africa (including South Africa), at 13,701. A total of 6296 were born in north-western Europe, 7711 in southern and eastern Europe, 7668 in north Africa and the Middle East, 481 in south-east Asia, 358 in north-east Asia, 794 in southern and central Asia, and 4179 in the Americas.

The federal electorate with the largest Jewish population was Wentworth in NSW (19,691), followed by Macnamara in Victoria (16,686).

JCA demographer Dr David Graham cautioned that the 2021 Census data might have inflated the Jewish population count slightly, as pandemic travel restrictions meant that on Census night more young adults than usual were in Australia, and more young people found themselves in the family home, with a parent indicating their child’s religious status in the Census form.

“That is all guesswork, we don’t know, but what we almost certainly do know is that it isn’t due to some massive natural increase, as in huge numbers of births, and almost certainly not to do with net migration,” he said.