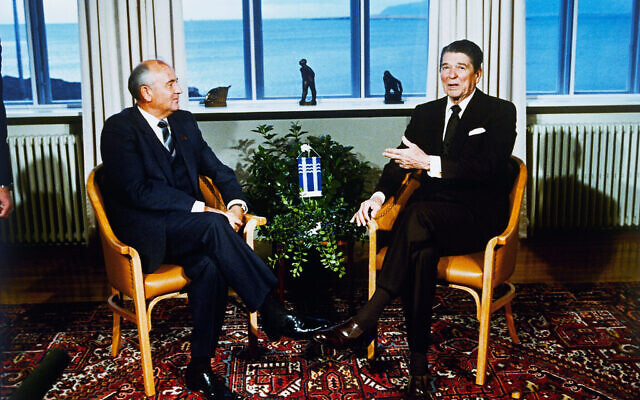 Communal leaders have paid tribute to Mikhail Gorbachev, the last president of the Soviet Union, who died aged 91 on Tuesday.

Under his rule, Jewish emigration restrictions were eased, and Jewish civil rights improved during his self-declared era of “glasnost” (openness) and “perestroika” (restructuring).

Executive Council of Australian Jewry co-CEO Alex Ryvchin described the reformist leader as “rightly credited with being one of the great reformers of the 20th century … who oversaw the end of the Cold War”.

“It is true that under his leadership millions of Jewish families who had suffered as lesser citizens were finally allowed to leave to pursue dignified lives elsewhere.

“But Gorbachev did nothing to repudiate the policies of his predecessors, [Nikita] Khrushchev and [Leonid] Brezhnev, who enforced a system of institutional racism against Jews and imposed restrictions on our rights to work and study or to identify with Jewish culture and traditions,” said Kyiv-born Ryvchin, whose family left the Soviet Union in 1988.

“Under Gorbachev, the state policy of militant anti-Zionism which heaped further suspicion and misery on Soviet Jews, was maintained.

“Jews were still subjected to arbitrary arrest for daring to challenge their cruel treatment,” said Ryvchin, noting the eventual release of families like his own was not the result of a humanitarian turn by Gorbachev but of sustained pressure from the US.

Sarah Bendetsky, founder of Melbourne’s Souper Kitchen, which aids Jewish arrivals from the eastern bloc, was a child in the Soviet Union during Gorbachev’s rule.

She told The AJN, “He was instrumental in setting up freedoms for the whole country and, of course, for Russian-speaking Jews. A lot of people were able to practise Judaism freely as a result of his politics.”