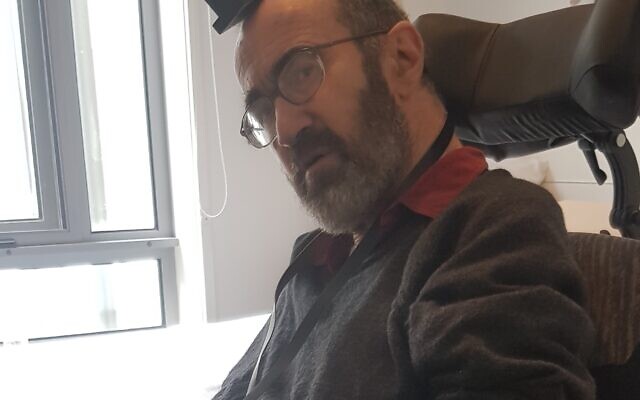 WHEN Henry (Chaim) Granek passed away in October 2020, his legacy could have left with him.

With no children of his own, in 2018 Chaim sought a carer and a companion in independent nurse Daniel Van der Plaat who became involved in Chaim’s life as his health deteriorated due to multiple sclerosis (MS) and amyotrophic lateral sclerosis (ALS).

Van der Plaat, however, said because of “Chaim’s kindness, positivity, and righteous heart,” he became much more than that. “He became the brother I never had. He was a true friend who took me under his wing,” he said.

He was a “compassionate man with a strong sense of social justice and an open mind towards his fellow humans”, and a “man of many talents”, added Van der Plaat, who said Chaim supported children with disabilities in their home, he delivered meals on wheels, and enjoyed poetry and music with his theatre group.

Chaim was also a journalist, working for various newspapers, including The AJN. His loving carer noted that Rava in the Talmud used the last positive commandment in the Torah, delivered to Moses and Joshua, which says, “Therefore, write down this song and teach it to the children of Israel; put it in their mouths, in order that this son may be my witness for the children of Israel” to assert that every Jew is obligated to write their own Torah scroll.

Understanding the great meaning involved in writing a Torah in someone’s name when there are no descendants, Van der Plaat has committed to keeping Chaim’s legacy alive by writing a scroll in his memory.

Working with Hineni Youth and Welfare Melbourne, he is hoping to be able to raise funds to create the scroll, inviting others to share in this positive commandment by filling in or purchasing a letter, a word or a sentence.

Hineni facilitates the development of Jewish identity from all walks of life as a Modern Orthodox Zionist movement.

Due to Chaim’s great involvement in the community, Jewish and general alike, Van der Plaat said, “It is fitting that his legacy will be continued through a community organisation.”

Those behind the initiative are hoping to reach $40,000.