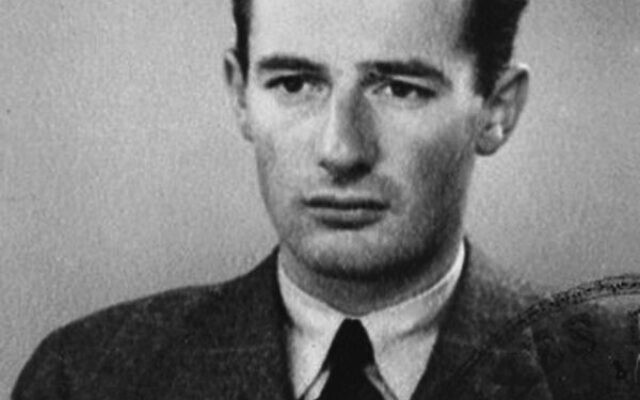 RAOUL Wallenberg, who rescued thousands of Jewish lives in German-occupied Hungary during the Holocaust, is being commemorated this Sunday for his bravery and heroism – marking 77 years since his disappearance.

By the time the Swedish diplomat was despatched to Budapest in 1944, more than 400,000 Jews had been deported from the country, but some 230,000 remained. Creating and distributing schutzpasses – travel papers identifying the holders as Swedish citizens – he saved thousands from deportation to death camps.

Wallenberg also rented dozens of properties, which he declared embassy property, to give refuge to thousands more people.

Yad Vashem recognised Wallenberg as a Righteous Among the Nations in 1963. In 1981, he was declared an honorary citizen of the United States, only the second person after Winston Churchill to be honoured. He was also bestowed with honorary Australian citizenship in 2013, the first and only person to receive the accolade.

In 2016, 71 years after he was detained by Soviet forces, Wallenberg was formally declared dead.

Due to COVID restrictions, the annual Raoul Wallenberg Commemoration will be held on Sunday, January 16 at 11am via Zoom. Professor Frank Vajda, a neurologist at St Vincent’s Hospital Melbourne, will introduce two videos relating to Wallenberg’s life and work. Prof Vajda has dedicated his life to commemorating the heroic diplomat, crediting him with saving his life as a child in 1945.

Co-president of the B’nai B’rith Raoul Wallenberg Unit, Simone Markus, said, “We commemorate Raoul Wallenberg (a non-Jew) to maintain a consciousness of the humanitarian work he did to save Jewish lives.

“It is important to talk about Wallenberg, to be inspired to look after each other, as the principle of B’nai B’rith says: Tikkun Olam – repair the world.”

To register for the free event, visit trybooking.com/BWLVV. For more information, contact Simone Markus at simarkus94@gmail.com or the