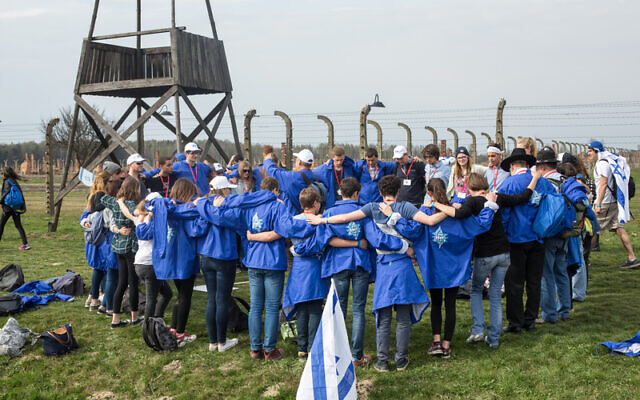 AS we approach the sixty-ninth Yom HaZikaron laShoah ve-laGevurah (Holocaust and Heroism Remembrance Day), the lessons of the Holocaust are both fading from public consciousness and echoing into public policy at the same time. Those survivors who are still alive are currently in their 80s and 90s, and even when they continue to tell their stories—or have had their stories documented by organisations such as the USC Shoah Foundation—fewer and fewer people are interested in hearing, let alone learning from, them. Contemporary genocides and current public health crises crowd out our attention, leaving little room for events of a bygone era. More dangerously, public eyes look forward to the future without realising that history repeats itself if we don’t learn the lessons of the past.

It is true, there are other genocides that we must not forget, but the existence of other atrocities should not marginalise the Holocaust. The Holocaust is not simply a Jewish calamity. Even if it were, the intentional elimination of one group of people is not something to brush aside. If this were the case, then no genocide is worthy of attention, except that of those being exterminated.

One reason why leaders and moral philosophers may justify moving on from the Holocaust is the argument that history and morality have very different foci. History attempts to tell a story of what occurred. Ethics attempts to teach people what should occur. History is descriptive, while ethics is prescriptive. Ethicists will always say that one cannot learn an “ought” from an “is”—this is what philosophers call the naturalistic fallacy. Moreover, it is never convincing to say, “We should do this or not do that, because otherwise we will have another Holocaust.” To threaten a return of the Holocaust oftentimes is just hyperbolic or absurd.

Yet, while history and ethics may face different directions, they have more to say to each other than philosophers and social and political leaders may like to acknowledge. Just as a person learns how best to act through reflecting on his or her past experiences, so can the world community learn how best to move forward by reflecting on its history. In this view, history does not simply tell a story, it provides practical experience. It is time we learn from the Holocaust not only how Nazi leaders took advantage of modern medical and social technology, but also how ordinary men and women were taken advantage of at the same time.

Aside from the moral imperative to see the dangers of dehumanisation and its ultimate genocidal consequences, the lessons of the Holocaust are imminently important for the contemporary moment. The “success” of the Holocaust lay in its conflation of biological/medical priorities and social/political ideologies. In essence, the Holocaust was a public health campaign. The goal was to improve population health by eradicating disease and infirmity. The health of the nation was the supreme value and objective of the state and its populace. Of course, what the Nazis meant by health, i.e. Aryan purity, where disability and ethnic, racial or political diversity was deemed unfit, is abhorrent. Similarly, how it went about eradicating disease, i.e. through systematic killing, is abominable. Yet, at the same time, the rhetoric was convincing enough to recruit physicians to Nazi leadership and the German population to accept a totalitarian society. Physicians were the largest professional group to join the Nazi party and were the driving force behind the Holocaust, despite the fact that German medical schools set the standard of excellence for medical training at the time and the German medical profession had strong codes of ethics.

As a bioethicist, I have engaged in many discussions over the past year regarding questions of public health and the relationship between health and politics. The pandemic has raised issues regarding immigration and social disparities of heath, as well as questions of who should take priority in being treated or vaccinated. All of these questions assume social and political goals and values, even when they are not stated explicitly. These conversations have also been framed in terms of public health, often at the expense of seeing individuals as individuals rather than as part of an interest group. The most dangerous similarity of today’s public discourse to that of a century ago is in the merging of medical authority and political power. The medicalisation of social issues occurs when medical terminology sets the terms of the debate and health professionals are put at the forefront in public discussions. Just watch any news channel and we see how this has occurred—from pandemic coverage to the use of the metaphor that racism is a virus, from using racist terminology about the origins of the coronavirus to assaulting Americans whose family has emigrated from those areas. The politicisation of the medicine—which in our case has been exacerbated by the pandemic—has created social angst and political ire that leaders have tried to use to their advantage and have left democratic institutions vulnerable.

For these reasons, Holocaust education is so valuable today, both for health profession education and more generally. For health and medical training, the Holocaust is especially important because learning why physicians so quickly joined the Nazi party and became so instrumental in promoting public health at the expense of their individual patients can teach today’s health professional students how to avoid the same pitfalls as they become social advocates. As to general education, the Holocaust can provide everyone the lesson of how political rhetoric can pervert even basic concepts, such as health.

There is one aspect of Holocaust Remembrance Day that I believe we all need to emphasise more. We all spend a lot of time each year focusing on remembering the atrocity. We should spend time also remembering and celebrating the heroism. In one of the darkest periods of history, there were rays of shining light. Medical professionals, social activists, Jews and Gentiles—people in every sphere of society and in every dark corner of the Holocaust demonstrated heroism by saving victims and fighting back against dehumanisation whenever they could. Their heroism was not demonstrated simply in grandiose actions. Oftentimes it was in small acts of kindness. But the great significance of their heroism, and what we all need to remember, is that the essence of their heroic acts was in their recognising another individual and respecting their human dignity for the simple reason of their humanity. In honouring those who pursued the good in the midst of evil, we demonstrate that we share their value of promoting human dignity and that we desire a better future.

Ira Bedzow is associate professor of medicine and UNESCO Chair of Bioethics at New York Medical College (NYMC). He is also Senior Scholar of the Aspen Centre for Social Values; an educational consultant for MIMEH; a contributor at the MirYam Institute; and a regular contributor in Forbes for their Diversity, Equity and Inclusion section. Bedzow is also an ordained Orthodox rabbi.