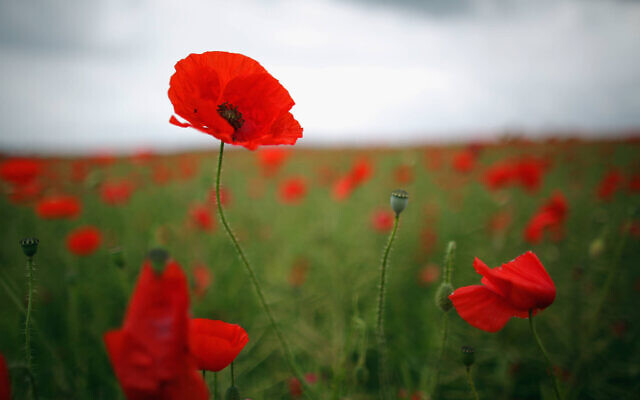 THE annual Remembrance Day commemoration on November 11, not only marks the day when World War I officially ended, commemorating those who served and made the ultimate sacrifice in a war more than a century ago, but is an continuing tribute to all who served in subsequent wars and conflicts in which Australian personnel were involved.

It connects with all Australians, but also has a special connection with our Jewish community and VAJEX Australia in particular. The Jewish record in services in both World War I, World War II and other conflicts is a record of immense pride.

The statistics of Jewish war service in the armed forces of Australia reveal a remarkably disproportional response from a tiny section of the general Australian community.

The sacrifices of Jewish service personnel and the level of personal achievement of service men and women far exceeds proportionally the comparative statistics for the rest of Australia.

Furthermore, the contribution made to Australia by Jewish survivors of Australia’s wars and the services rendered by them to the well-being of Australia and its citizens is as remarkable and distinctive as the war-time service itself.

VAJEX Australia is the symbol and torch bearer of the Jewish spirit which permeated the Allied fight for survival and freedom. It is a beacon which has focused on the ANZAC spirit which flowered in abundance through the blood of Australian Jewry.

As a fully identifiably but integrated part of the total Australian population, the Jewish community has a record which is literally second to none in its services and sacrifices for the preservation of the highest Jewish and Australian ideals and in safeguarding of freedom and peace in times of both peace and war.

It is proper that some of the highlights, notable achievements and landmarks in the history of VAJEX Australia be recalled on Remembrance Day 2021.

It is also appropriate to list some of the personalities who have served both Australia and VAJEX Australia for more than a century. The statistics of Jewish enlistment in the 1914-18 war reveal that out of a total Australian Jewish population of less than 18,000 more than 2300 or in excess of 12 per cent enlisted voluntarily in the AIF, as against nine per cent of the whole population. A total of 176 Jewish soldiers held Commissioned Officer rank, the most distinguished was General Sir John Monash. Sixty-one Jewish solders from Victoria alone were killed in action.

In World War II, more than 3800 Jewish men and women served in the Australian Armed Forces representing a significantly higher percentage the national enlistment rate. Of these 134 paid the supreme sacrifice, including 58 from Victoria. In both world wars, the death toll of Australian Jewish servicemen was slightly higher than that of their non-Jewish fellow Australians.

The remarkably high rate of enlistment in the 1939-45 war had a unique impact on Jewish communal life in Victoria. Of 72 male members of the youth group of the Liberal synagogue, 59 enlisted. From the 3rd St Kilda Scout Group, 129 or 25 per cent of former scouts enlisted. Almost 100 per cent of the male membership of Jewish sporting clubs joined the services.

Australian Jewry’s very high numerical proportionate contribution to the armed services, together with a high level of inspiration and leadership within the forces, as well as many recorded accounts of gallantry, provide an illustrious chapter in Australian history of which every Australian, both Jewish and non-Jewish, should feel proud. Australian Jewish servicemen and women received no less than 120 wartime awards for bravery and conspicuous service, a remarkable achievement for such a small percentage of the Australian population.

Following the war there was the urge to maintain contact between those who had served and several organisations emerged to cater for this desire. One of the more formal bodies, The Victorian Jewish Returned Soldiers Circle, the forerunner of what evolved into VAJEX Australia, was founded under the auspices of Sir John Monash. Over the decades, its presidents were leading Jewish luminaries who were prominent in many of the major Jewish organisations. In line with the changing profile of the Jewish community, the constitution of the organisation was widened to include servicemen and women who served in any of the allied forces against the common enemy.

The ranks of VAJEX Australia membership grew to embrace a wide and representative group of veterans from many lands who made Australia their new home.

The national body – The Australian Federation of Jewish Ex-Service organisations has branches in five Australian states, and organises memorial services on Anzac Day, Remembrance Day as well as with its welfare services for returned service personnel.

With the passage of time and the passing of ex-service personnel, now not only ex-service personnel can join VAJEX to keep the association flourishing in the future and to keep the flame of remembrance alive, continuing to maintain both its traditions and more importantly to remember the service and sacrifice of those who served in Australian services for well over a century.