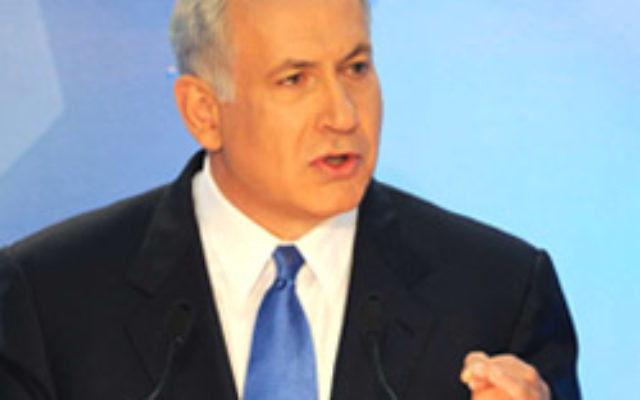 ISRAELI Prime Minister Binyamin Netanyahu has agreed to negotiate the borders of a Palestinian state based on the internationally recognized 1967 cease-fire border line, wire services reported Monday.
The decision, which would mark a dramatic shift for Netanyahu, was first reported on Israel’s Channel 2 TV.
A senior Israeli official, speaking on condition of anonymity, would not confirm outright that the prime minister was now willing to adopt the cease-fire line as a starting point, but said Israel was willing to try new formulas to restart peace talks based on a proposal made by President Barack Obama.
“We are willing in a framework of restarting the peace talks to accept a proposal that would contain elements that would be difficult for Israel and we would find very difficult to endorse,” the official told Channel 2, answering a question about the Obama proposal.
The official said that part of the reason was Israel’s desire to get the Palestinians to drop their initiative to win U.N. recognition of their state next month, something the Palestinians are doing out of frustration with stalled peace efforts.
Palestinian officials said they had not received such a proposal from Israel.
THE FORWARD