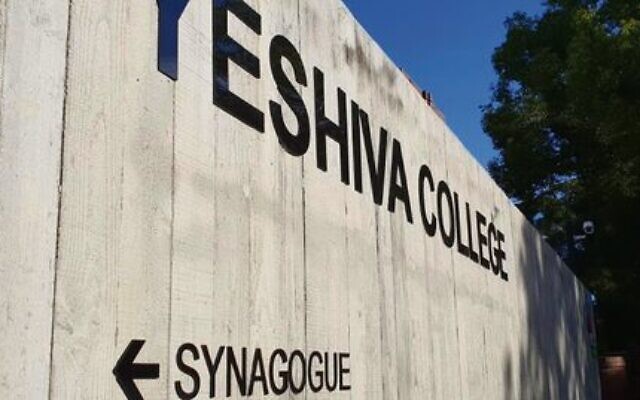 YESHIVA College Bondi has been granted an exemption to remain open until the end of September, but its long-term future hangs in the balance after the NSW Civil and Administrative Tribunal (NCAT) recommended its registration be cancelled for non-compliance.

The tribunal found the school did not comply with registration requirements, including those relating to proper governance, teaching and curriculum. It also found that several staff teachers, who are referred to as Jewish studies teachers, are not accredited teachers.

Yeshiva College Bondi comprises about 56 students from kindergarten to year 10, with the children taught in eight composite classes.

The report states that in August 2019 Yeshiva College provided the NSW Education Standards Authority (NESA) with a plan to address some of the concerns, however it remains non-compliant in a number of areas three years later.

The NESA report further states that, “Yeshiva College had a poor compliance history and that this demonstrates a persistent lack of willingness or ability to comply with the registration requirements in the Act.”

The NSW Jewish Board of Deputies expressed concern and alarm with the findings of the NCAT and said it will review the decision “before we engage with the school to determine if there is a path forward”.

“There should be no tolerance for institutions which are not fully compliant with relevant child protection requirements that are in place to ensure our children are safe at all times – a matter upon which there can be no compromise,” the NSW JBD said.

Rabbi Dovid Slavin, who was appointed chief executive of the school in 2012, told The AJN he was disappointed, but acknowledged there are issues requiring attention before the school decides whether to appeal the decision with NSW Minister for Education Sarah Mitchell.

“We have to weigh up our options,” Rabbi Slavin said.

“We are looking at areas we’d need to improve before going to the Minister to request to keep us open.”

In a statement to The AJN, the Australian Council of Jewish Schools said it operates “for the purpose of ensuring the best quality education for Jewish children and a continuity of Jewish religion and culture and as a consequence, it seeks to assist all of its member schools in the manner in which they operate”.

“What concerns us is what happens to the children. They can be accommodated in Kesser Torah if they so choose, but what we want to ensure is that each of the schools, and Yeshiva in particular, operates in a manner that is transparent, above board and is achieving the right outcomes for the students that attend.”