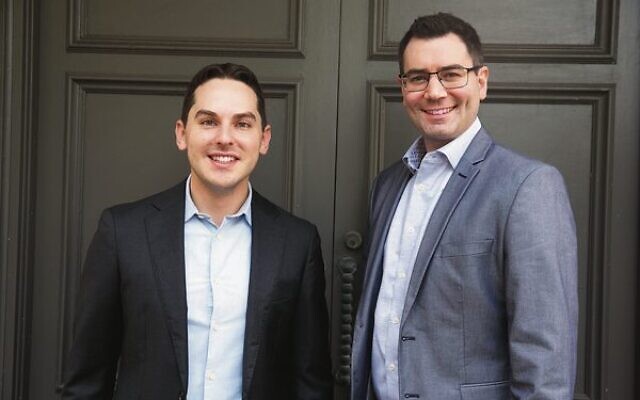 Seventy-eight years ago – in June 1944 – the NSW Jewish Board of Deputies (JBD) was created at a time of great tumult and adversity for world Jewry, including the local Jewish community.

European Jewry was being decimated, many Australian Jews had enlisted and were deployed overseas, Zionism was starting to sweep the Australian Jewish community, the community was desperately trying to raise money to save its overseas brethren and consideration was being given to lobbying the Australian government for an intake of Jewish refugees as the end of the war came into view.

This was a community which, despite the fact that its roots go back all the way to the First Fleet, was still very much insecure and uncertain of its place in broader society. It was a period when casual antisemitism was part of day-to-day life and Jews were banned from many clubs and sporting associations. Indeed, 1944 was only six years after the Evian Conference, where an Australian minister infamously rebuffed calls for a special intake of Jewish refugees by stating, “We don’t have a racial problem and we are not desirous of importing one.”

And, amidst all of this turmoil, the Board of Deputies emerged – with one key message – to meet the extraordinary challenges and opportunities of that time, the community needed to come together.

In September 1944, the newly established JBD held a “unity assembly” in the Maccabean Hall in Darlinghurst.

At this meeting, Rabbi Porush of the Great Synagogue described the JBD as being a kehillah – the community – for NSW Jewry. He quoted the Mishnah and counselled those present, “Al tifrosh min hatzibur” – Do not separate yourself from the community, for only with a united Jewish voice, with all contributing, could the community cast its eyes towards the future, with its complex problems and opportunities. In his words, “At a time of disintegration, collect yourselves and unite.”

Almost eight decades later, we confront our own period of dislocation and challenge – albeit nothing comparable to what our forebears confronted. And yet the message is the same – at a time of challenge, unite. To seize opportunities and build a stronger community, unite.

There is no question that we, as a community, face substantive challenges. These include the urgent issue of securing sufficient burial space for our community and we are working closely with the government and other stakeholders to resolve this issue as quickly as possible.

We need to deal with the rising tide of antisemitism locally – whether it comes from religious extremists, far-right activists or progressive campaigners on university campuses. We will be unceasing in our efforts to deal with every manifestation of antisemitism. This includes the abhorrent BDS movement – which we will not hesitate to call out for what it is – hatred of Jews masquerading as criticism of Israel.

Moreover, our community’s special connection and concern for the State of Israel is not something to apologise for – it is something to be proud of. The JBD will continue to speak out when we feel that Israel is being unfairly targeted here in NSW – because it is firstly wrong, but secondly because we know that the way in which Israel is spoken about and perceived directly affects the welfare of our local community.

Sadly, as we are all aware, due to those who wish ill on our community, there is a significant funding burden for security. One of our major priorities will be to secure government support for our recurrent security needs. Our relationship with government is critical and maintaining strong relationships with leaders across the political spectrum and civil society will continue to be a core focus of the organisation.

We are also, with great sadness, coming to the end of a time in which we have Shoah survivors among us. How we elect to commemorate the Shoah in this new era will set a precedent for generations to come.

But beyond the challenges, there are also incredible opportunities for the JBD and the community more broadly.

We need to develop our next generation of leaders and encourage young Jews to become involved in the JBD and other communal organisations.

As president, I want the JBD to be representative of all parts of our community. We are a broad synagogue and I want to ensure that we have, among our deputies, a diversity of age, experience, political views and religious expression and commitment.

I also want to ensure that the JBD connects with, and represents, the Jewish communities outside of Sydney. We are the NSW JBD after all, not just the Sydney JBD. We will work with our constituent organisations, no matter where they are and what they do, to assist them in their interactions with government.

We will continue to prioritise building coalitions with other like-minded communities, and seek to learn from one other. Working together, we can achieve outcomes we couldn’t achieve by ourselves. A focus of my presidency will be concerned with building greater cohesion across the NSW community at large.

Finally, we will work to refine our methods of communication to account for the extraordinary changes which have occurred in the media landscape in recent times and seek to augment our campaigning capability.

Eight decades ago, at a time of adversity, our community came together with one objective and embarked upon an experiment – to create a single organisation which would unify the community and be able to effectively advance its interests. And it succeeded.

The lesson of Jewish history is to never to rest on our laurels or take our position for granted. The challenge now falls to a new generation and we recommit ourselves to the important mission of the JBD.

David Ossip is president of the NSW Jewish Board of Deputies. This is an edited extract of his inaugural speech at the organisation’s AGM in August.