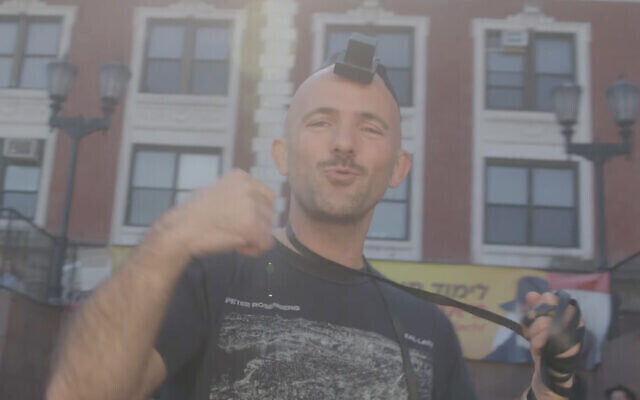 With a sketch video aimed at Kanye West, late-night host Jimmy Kimmel joked about a “cure” for antisemitism: Yentanyl.

Kimmel debuted the term, a mashup of the word “yenta” and the narcotic fentanyl, in a video for Jimmy Kimmel Live!. Or, as the generic name says on the bottle: Meshuggenehonum

“Does anyone else feel like we’re about to find out that for the past 20 years Kanye has been a Sacha Baron Cohen character?” Kimmel asked the audience in a segment addressing the multiple antisemitic remarks the rapper has made over the last few weeks.

The sketch leans heavily into Ashkenazi humour, referencing bagels, Seinfeld and side effects that include a “deep appreciation for Mel Brooks.” Patients are cautioned to call their doctors “if your guilt trip lasts more than four hours.”

Comments on the show’s social media pages have been mixed.

“I’m Jewish and this is funny – however – would this same video be allowed right now if it were about any other minority, race or group of people?” one commenter wrote on Instagram. “I truly don’t think so and I find that interesting.

Another person wrote, “Love your show. I was disappointed to see this being joked about. Antisemitism [sic] isn’t ever to be made light of. Please consider retracting it and getting back to your good programming.”

Meanwhile, Jewish rapper Rami Even-Esh, who goes by the stage name Kosha Dillz, has put out a song in response to Kanye West’s repeated antisemitic outbursts in recent weeks.

The song is titled Death Con 3, referring to a threat West, who now goes by Ye, made against Jews earlier this month.

Even-Esh refers to antisemitism from both sides of the political spectrum and figures in the ongoing controversy in the song.

“This for all the right wingers, leftists who do absolutely nothing and pretend they make moves/For Ye lovers, Ilhans and Candace Owens too, you can all get dissed, I can’t tell who is who,” he says in the chorus.

Candace Owens is a conservative commentator who came to Ye’s defense, and Congress member Ilhan Omar gave a recent interview on antisemitism during the controversy. Critics decried her appearance on journalist Mehdi Hasan’s show, saying Omar has herself engaged in antisemitism.

“Own land versus homeland, we all struggling/Only rep the people, I don’t mess with governments/Jewish but I’m faking? Skin color mistaken? Head rabbi from the synagogue of Satan?” he says.

“Not emo but I need a lot of blessings/Think you got hate bro? You should see the comment section,” he says, referring to anti-Jewish harassment online.

The video for the song was filmed around New York City, including in front of the Chabad movement’s world headquarters in the Crown Heights neighbourhood of Brooklyn. Another segment was filmed in front of a Judaica shop.

Even-Esh, born in New Jersey to Israeli parents, is an advocate for Jewish causes, including by participating in Israel-related events and supporting Holocaust survivors. He often refers to his Jewish identity in his music.

Ye was locked out of several social media accounts as a result of his comments. The Balenciaga fashion house dropped Ye after the outbursts, without citing a reason, and Jewish groups have called on Adidas to drop its multi-billion dollar partnership with the rapper.