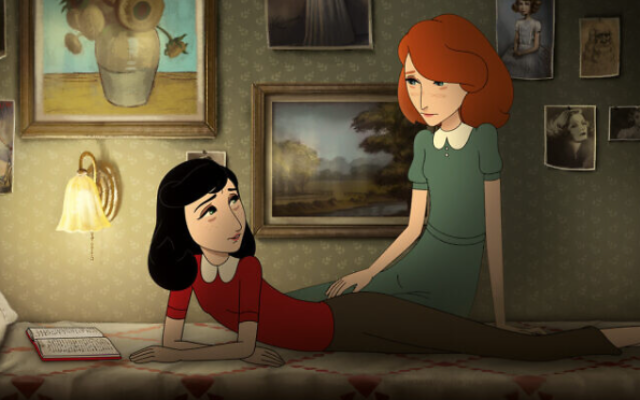 Anne, with her imaginary friend Kitty, to whom Anne wrote her diary. Photo: Purple Whale Films.

Teaching children about the Holocaust and explaining what happened in an age-appropriate way can be tricky. However, a new film that premiered at the Cannes Film Festival on July 9 is doing just that – reimagining Anne Frank’s story to help the younger generation connect to the girl who became a symbol of hope.

Where is Anne Frank? by acclaimed Israeli director Ari Folman brings Kitty, the imaginary friend to whom Anne wrote in her famous diary, to life. The film blends history with present day, following Kitty, as she searches for Anne in 2021 Amsterdam, and jumping back to Anne’s story as she hid in the now infamous annexe from the Nazis, looking beyond how Anne is usually portrayed.

“She’s an icon, but more than that, she was a teenager – isolated, going through adolescence, funny, wicked as hell, a great observer of the adults, seeing everyone’s faults, attacking them,” Folman told The Times of Israel. “She was great fun. I thought we should see all aspects of her character.”

Folman does this in the film by commenting on the commercialisation of Anne Frank. In fact, Kitty spends much of her time in present-day Amsterdam, chastising the world for this. After all, Anne Frank was, above all else, just a human being.

Where is Anne Frank? was made in partnership with the Anne Frank Fonds, the not-for-profit organisation founded by Anne’s father Otto that owns the copyright to Anne’s diary. 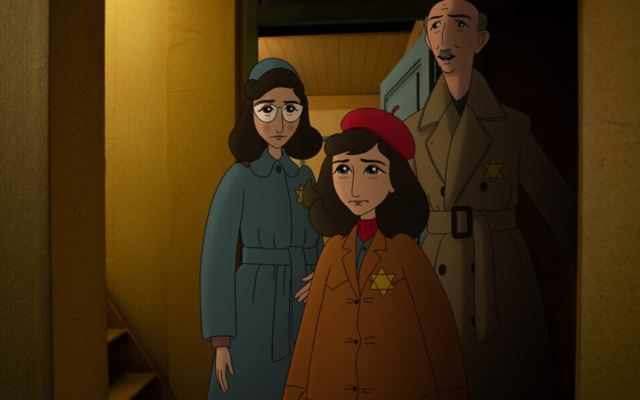 A still from ‘Where is Anne Frank?’ Photo: Purple Whale Films

“The main goal of the film is to help young audiences today connect with Anne Frank’s story the way previous generations connected with the diary,” Yves Kugelmann, a producer of the film and a member of the Fonds board told JTA.

Folman, whose parents are both Holocaust survivors, didn’t originally want to make the film, believing there were already too many adaptations about Anne Frank and her family.

Using the all-too-familiar Jewish mother’s guilt, it was Folman’s mum who changed his mind, declaring she would die over the weekend if he refused, but would stick around until the premiere of the movie if he made it. Folman however, doesn’t wish to merely relay the facts of the story.

“I was looking for a new dimension, a new way to tell the story,” he told the Hollywood Reporter. “And I tried to figure out how to bring it to the youngest audience I could. And when you start a movie with a miracle, like with this creation of Kitty, you build the fairy tale.”

Where is Anne Frank? joins other modern media about the young girl hidden in the attic, including last year’s YouTube series created by Anne Frank House, Anne Frank’s Video Diary.

The series, which was released when many young people were in isolation due to COVID-19, asks the question “What if Anne Frank was given a camera for her 13th birthday?” and takes viewers through Anne’s life as she shares her experiences hiding in an attic in Amsterdam. The series included educational videos that teachers could use in classrooms.

New books about Anne Frank and her life have also been released, including the popular Little People, Big Dreams series, which aims to inspire the next generation by introducing them to worthy role models.

Child-friendly books about Anne Frank, including Little People, Big Dreams can be found at major book retailers, in store or online.