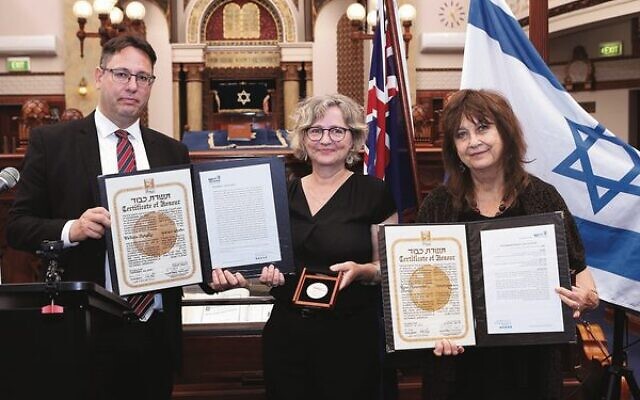 IN November 1942, in the wake of tens of thousands of Jews being deported from Warsaw to the Treblinka extermination camp, a young Jewish family, the Cogans, fled Poland for their lives.

After crossing the Dniester River to Romania, they spent a fortnight hiding in the woods. But they were soon discovered and arrested by the Romanian military police.

Prior to their escape from Poland, the family had befriended a man named Marcus Kahane, who had given them the address of his Christian brother-in-law in Romania, Wilhelm Alois Spisky.

Kahane, in the meantime, had himself been deported and Spisky was trying to locate him.

Contacted by the authorities, Spisky rushed to the prison, believing it was his brother-in-law who was being held there. Disappointed to find he was mistaken, he was nonetheless aware of the terrible fate facing the Cogans and decided to help.

Collaborating with a friend, Spisky bribed a police officer with a hefty sum. In the dead of night and under the pretence of handing the family over to the Germans to be shot and drowned in the Dniester, the officer instead handed them over to Spisky, who hid them in his apartment for six weeks, even though his home was above the flat of another officer.

Writing her testimony in 1990, Anna Cogan noted that she and her family were “a frightful sight, like skeletons, dirty, bad smelling, full of lice and wounds from avitaminosis”.

“Nevertheless, Wilhelm and his wife Else took us into their own flat. They fed us and we had our first bath after almost two years of misery,” she wrote. “They did it wholeheartedly, with no material advantage whatsoever, risking their liberty and their lives.”

A year earlier, in September 1941, another Polish Jew, Joseph Skowronsk, fled for his life, taking his estranged wife with him. Escaping from Warsaw to Vilnius in Lithuania, they tried desperately to find somewhere to hide from the Nazis who had occupied the city. Through mutual friends, the pair found Rena Makarov, who risked her life to help them find refuge.

Skowronsk, who didn’t look particularly Jewish, was generally able to move through the city freely. But on a number of occasions, he was arrested. Makarov would charm his captors to bail him out. Over time, the pair fell in love and with his estranged wife’s blessing, they embarked on a new life together.

“We all like to think we would take the ethical choice in these situations, and my grandmother Rena actually did,” wrote Makarov’s granddaughter Nina.

Eighty years after these acts of bravery, on Monday this week members of the Skowronsk and Spisky families now living in Australia were presented with certificates bestowing one of Israel’s highest honours on their courageous relatives – the title Righteous Among the Nations. 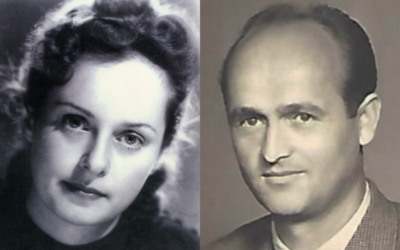 The accolade awarded by the State of Israel and Yad Vashem recognises remarkable individuals who hid, rescued or assisted Jews during the Holocaust at great personal risk.

The ceremony was held at St Kilda Shule in the presence of state and federal dignitaries and communal leaders. It was organised by the Israeli Embassy in partnership with the Gandel Foundation.

Reflecting on Makarov’s courage, embassy deputy chief of mission Ron Gerstenfeld, said, “We are here to honour this great woman alongside her beloved family and friends, a beautiful result of this act of bravery.”

Acknowledging the extremely dangerous situation the Spiskys placed themselves in by hiding the Cogans, he said their actions were “an incredible example of courage and humanity”.

Gerstenfeld added, “The impact of these acts of bravery cannot be understated. It is because of the selfless acts of those righteous few that generations of Jews are alive today.”