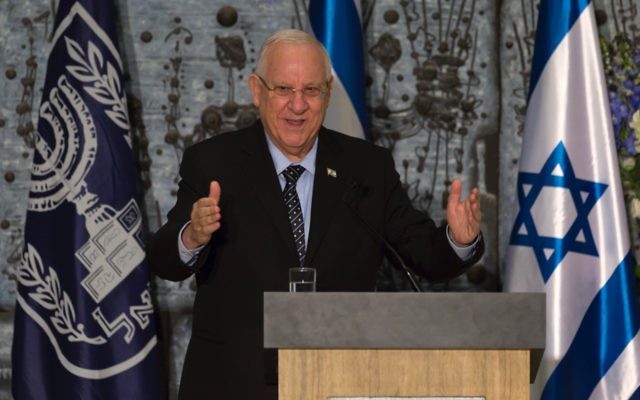 ISRAELI President Reuven Rivlin has cancelled his scheduled visit to Australia next month, and will instead travel to Moscow to meet with Russian President Vladimir Putin.

In what would have been the first visit Down Under by an Israeli head of state since Moshe Katsav in March 2005, Rivlin was due to spend five days in Australia in mid-March, and visit Melbourne, Canberra and Sydney.

During the trip he would have met with Governor-General Peter Cosgrove, Prime Minister Malcolm Turnbull and other major political figures. In Sydney he was due to attend a Shabbat service and a communal event on Sunday, March 20.

“Because of regional developments related to the events in the Middle East, and the need for a meeting between the presidents of Israel and Russia in Moscow, the president is forced to postpone his trip to Australia, which was scheduled [for the same time],” the President’s Residence said. “The decision was made in consultation with the relevant bodies in the foreign service and with the prime minister.”

The President will speak with Cosgrove and Turnbull and express his intention to set an alternative date for his visit “as soon as possible”.