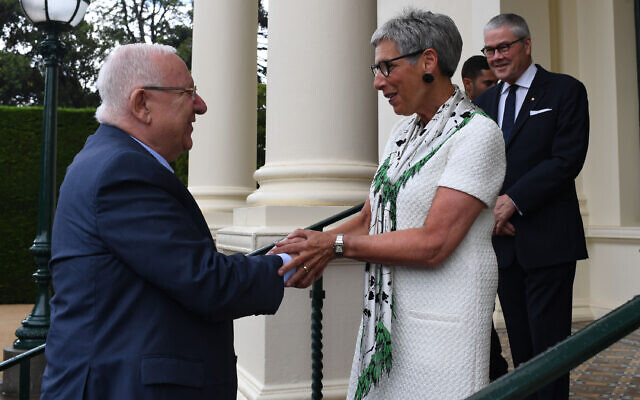 Arriving at Government House in a motorcade from Mount Scopus Memorial College where he visited, Israel’s head of state spoke warmly about Australia.

“The strong friendship between Israel and Australia is built on shared values and a long history. But it is also based on a striking similarity between our spirits,” Rivlin said.

The President cited a number of areas of cooperation between the two countries, including direct flights between Israel and Melbourne that are scheduled to start next month, and the entry of 12 Israeli companies to the Australian market in the last year alone.

“We have so much to share with each other. We have so many fields to cooperate in, such as health, cyber, energy, aerospace, homeland security industries, and more.

“You, my friends, are the agents of change. I hope that this gathering today will allow you to do get to know some new business partners and that from this occasion many new initiatives will begin,” Rivlin added. 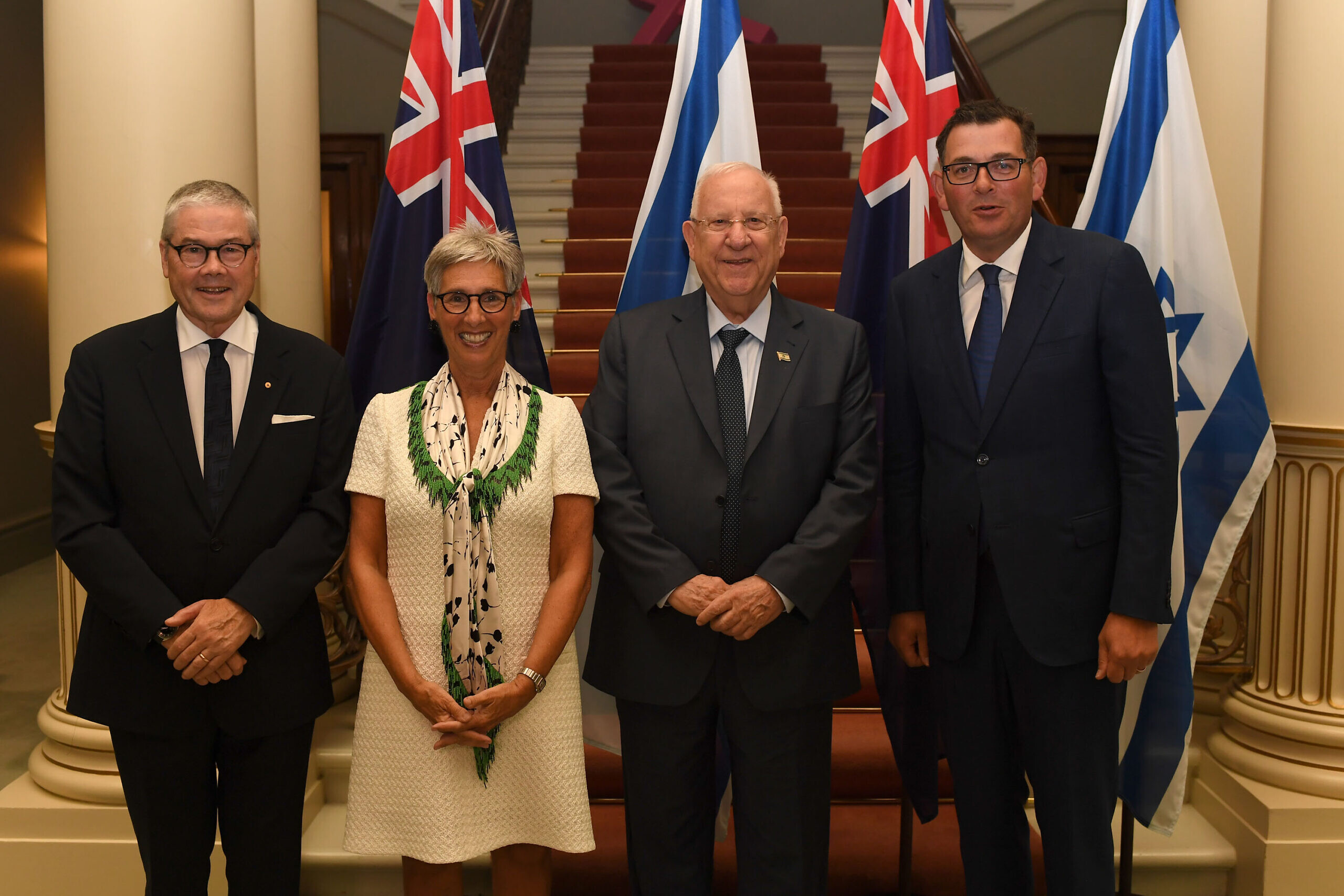 The state luncheon was attended by Israel’s ambassador to Australia Mark Sofer, Australia’s ambassador to Israel Chris Cannan, and leaders from the Jewish community and from business and commerce.

“It is so wonderful to be here with you, to see so many young Jews who are proud of their heritage, proud of their Jewish identity, and proud of the Jewish and democratic State of Israel,” the President said to the students.

Israeli @PresidentRuvi with students at Mount Scopus Memorial College in Melbourne this morning. Inspiring talk of Jewish values, tolerance and standing up against bullying for kids like Quaden Bayles. pic.twitter.com/EMPCzc1EjR

Rivlin spoke about the issue of bullying and social exclusion in schools and told them about the campaign that was launched in Israel last week, titled “Don’t Stand By”.

Afterwards, the President spoke with the students and answered their questions, including about relations between Israel and Jewish communities around the world and fears about antisemitism.

On Tuesday, Rivlin is due to address an Australia-Israel Chamber of Commerce lunch in Sydney, and a cocktail reception for Magen David Adom Australia.