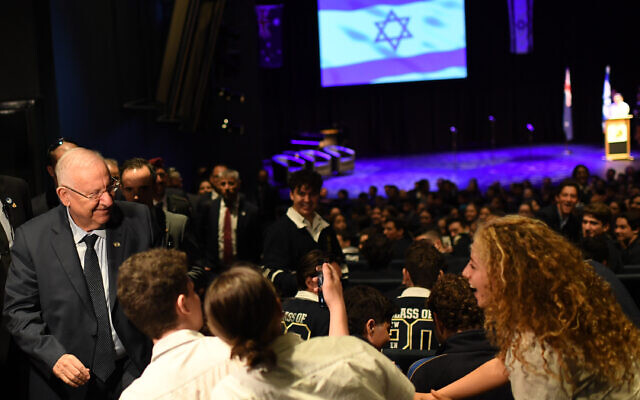 “DON’T stand back if others are having a hard time. Don’t stand back,” implored Israeli President Reuven Rivlin, who shared his message on bullying with almost 1000 secondary Jewish students on Monday.

Rivlin addressed senior pupils of Mount Scopus Memorial College at its Burwood campus, together with students from Bialik College, Leibler Yavneh College, The King David School and Yeshivah-Beth Rivkah Colleges after receiving a rockstar welcome by Scopus’ younger grades who lined the entrance to the school’s auditorium. With Israeli flags in hand, the excited children sang Hebrew songs and cheered for the Israeli President upon his arrival.

Speaking before the students inside, Rivlin reflected on the scourge of bullying, an issue on which he has been a vocal advocate. The President recently featured in a video as part of Israel’s Don’t Stand By initiative, speaking out on social exclusion and bullying among children and young people.

Rivlin also extended his thoughts to antisemitic bullying in schools. 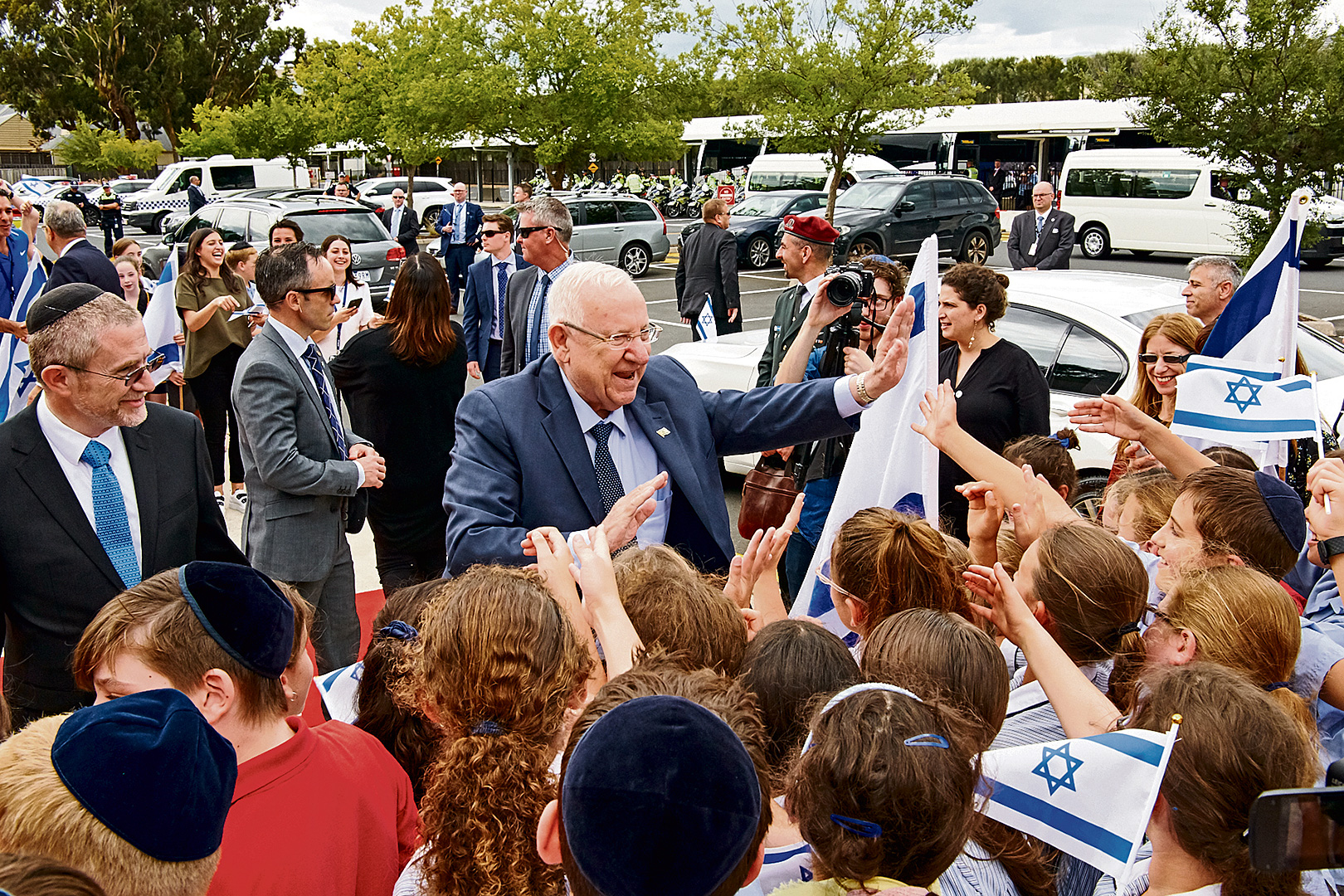 He added emphatically, “We cannot accept that Jewish students anywhere are afraid to wear kippahs, or express their support for Israel.”

Musing on Israel as “a modern-day miracle”, the President illustrated just some of the challenges the young state has faced in its 72 years since establishment. 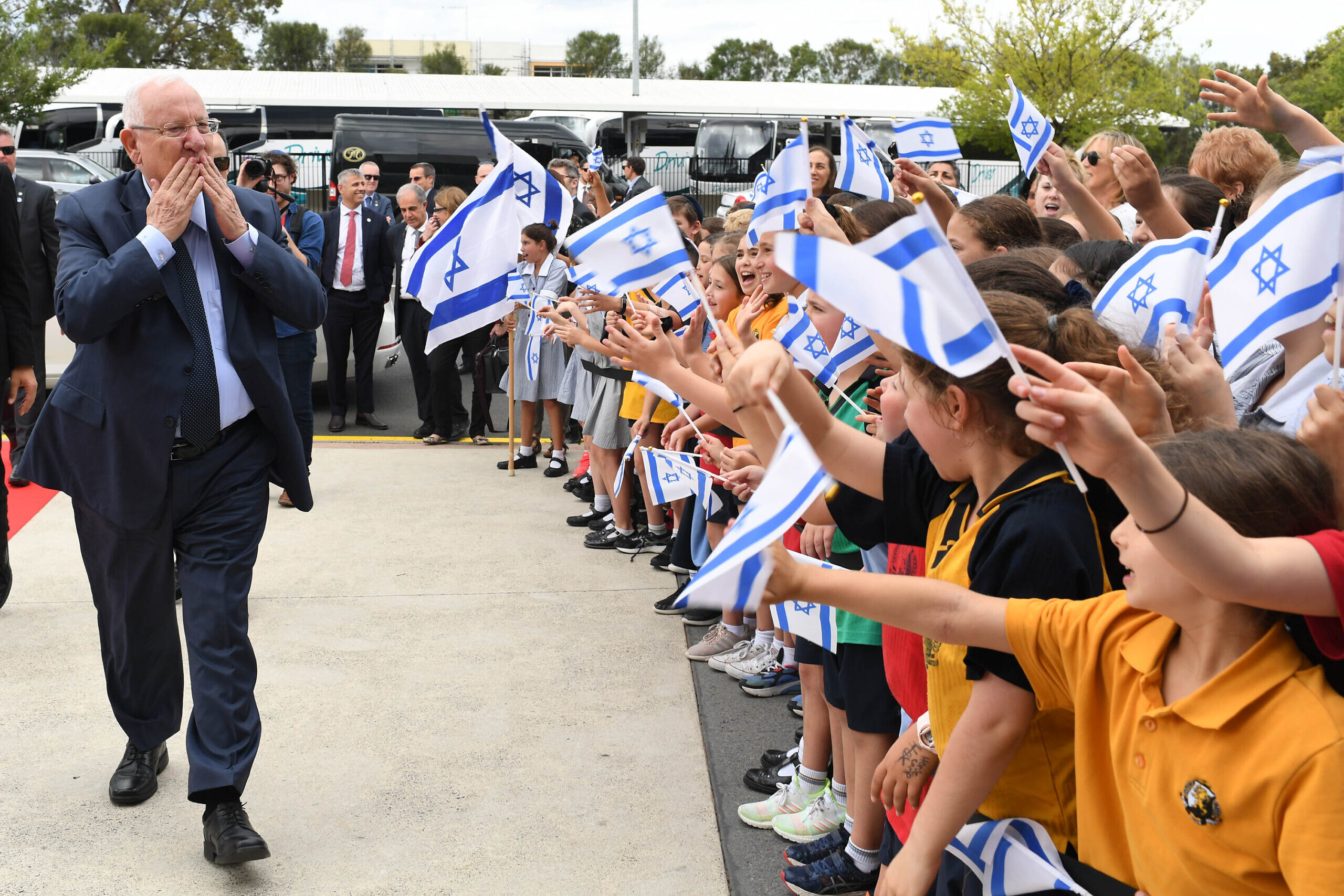 One such challenge Rivlin noted was “building a new shared Israel vision that unites all of Israel’s four main tribes – the secular, national-religious, Charedim, and the Arab sector”.

“And it is equally as important to strengthen our bonds with Israel’s fifth tribe – the global Jewish communities. And especially with you, who are the future of the Jewish people. 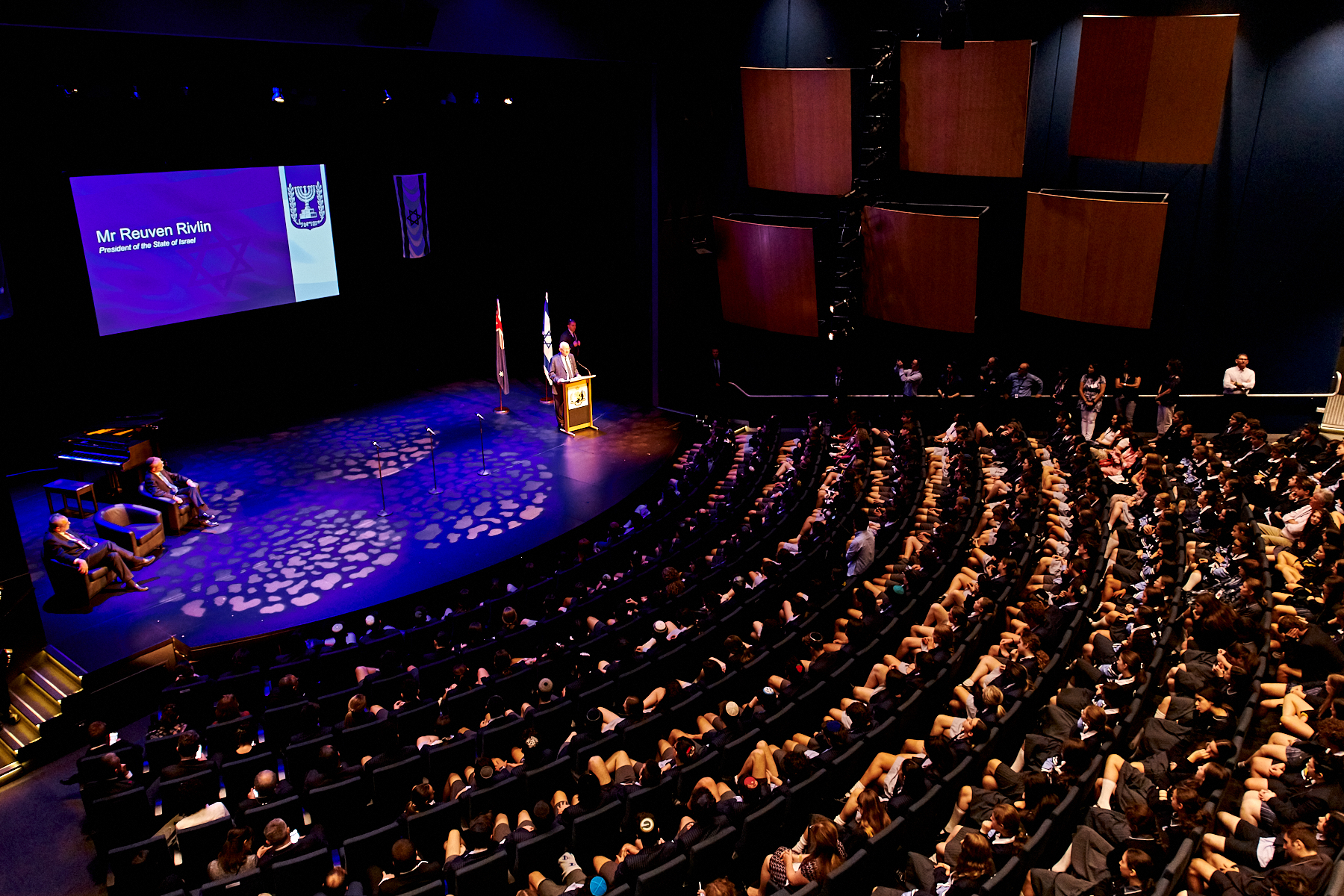 “We are one nation, we are all one family. We do not have shared interests, we have shared destiny.”

Reflecting on the visit, Mount Scopus principal Rabbi James Kennard said, “When the highest representative of the Jewish State visits our school as part of a state visit to Australia, we can see clearly how the Jewish people have taken their rightful place among the family of nations. This will be an occasion that will inspire our students for many years to come.”