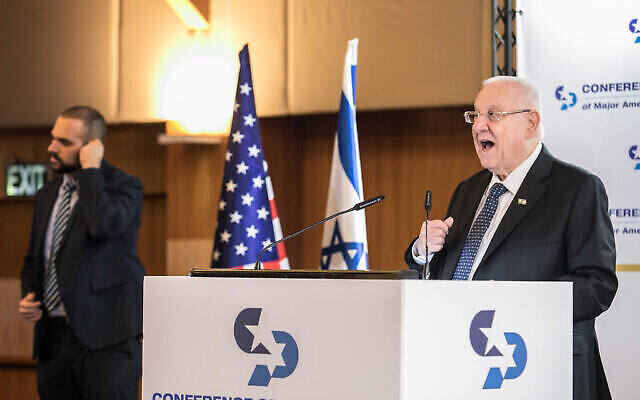 ISRAELI President Reuven Rivlin will make his first official visit to Australia this week at the invitation of Governor-General David Hurley, the president’s office said in a statement.

Rivlin will leave on Tuesday and is expected to arrive in Australia on Friday.

“I am excited to be visiting Australia for the first time as president,” the President said ahead of his trip.

“The relations between Israel and Australia are well-established and strong. They are based on shared values and true friendship that bridge the huge distance between us – not only countries, oceans and time zones, but also different cultures and traditions.”

During his time in Australia, Rivlin will meet with members of the Jewish community in Sydney and Melbourne, and mark the centenary of the United Israel Appeal organisation.

He will be officially welcomed by Hurley in Canberra next Wednesday and will meet with Prime Minister Scott Morrison as well as other senior political figures, the statement said.

A business delegation from the Manufacturer’s Association of Israel and Israel Export Institute will accompany the president on his trip.

Also on his itinerary is opening the Australian Securities Exchange with a traditional ringing of its bell, and a visit to a warship.

The trip Down Under will also include stopovers in the Fiji Islands and Los Angeles.

Rivlin will return to Israel on February 27.