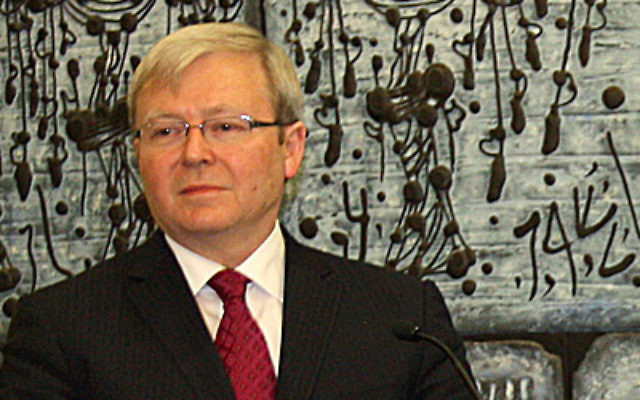 The country, which shares a border with Israel to its north-east, has been in turmoil since mid-March, with a popular uprising against the despotic al-Assad dynasty, led by President Bashar al-Assad.

On the same day, a senior official from the Australian Department of Foreign Affairs and Trade (DFAT) reassured a Senate estimates hearing that Australian aid did not flow into the coffers of Hamas – whose leader Khaled Meshal is based in Syria – even after the new Palestinian unity government arrangement.

On Monday, Israeli Prime Minister Binyamin Netanyahu accused Syria of trying to inflame tensions with the Jewish State to distract the world’s attention from the hundreds of people who have been killed in the uprising.

Israeli troops shot at Syrian civilians who were trying to rush the border on the Golan Heights. A number of them were killed, but Netanyahu said the IDF operated in accordance with international law.

Within Syria, human rights groups have estimated more than 1000 people have been killed in anti-Assad demonstrations.

Just as he was with Libya, Rudd has again been outspoken in attempting to garner international support for a significant protest against al-Assad.

First, further upgrades of economic sanctions to attack “those who are currently close to the heart of the regime, including President Assad himself”.

The second step, according to Rudd, is to convince the United Nations Security Council to refer al-Assad to the International Criminal Court to be tried for possible war crimes or crimes against humanity.

The Foreign Minister said the third step was to seriously question al-Assad’s legitimacy.

“That is, when you see such large-scale, directed, action by a head of government against his own civilian population … then the deepest questions arise in the minds of people of the world as to whether any claims of legitimacy remains.”

Meanwhile, Rudd’s department has been questioned over the destination of Australian foreign aid to the Palestinian territories.

Liberal Senator Michael Ronaldson asked David Stuart, the DFAT bureaucrat responsible for the Middle East, whether tens of millions of Australian taxpayers’ dollars would end up with Hamas.

Stuart told the hearing there were “strict rules that avoid any of this funding to go to Hamas” and the Palestinian Authority had “purged all Hamas members from the ranks of bureaucracy” in order to continue receiving aid.

Just like other pundits, the DFAT official seemed unclear about the future of Palestinian leaders structure, but added it was his understanding that it would be a “technocratic government” and a “service provider” similar in style to a municipal council.

“Are we absolutely sure that it is not going to terrorists? I am trying to provide you with some assurance that we are not and that we have been looking at that and we have safeguards,” Stuart told the hearing.

The official added that if Hamas is integrated politically into a new Palestinian government, logic would dictate that Australia would not recognise such a government.