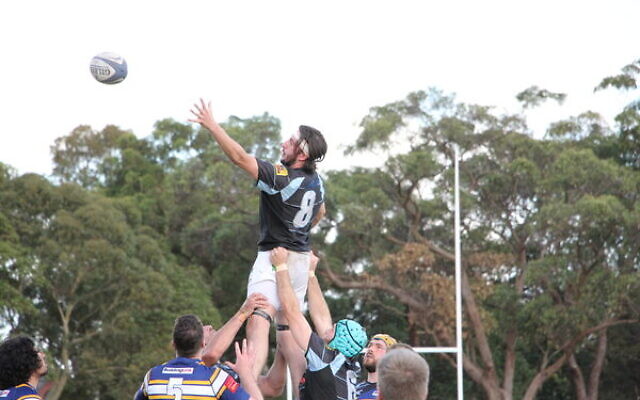 “We have about 10 players out with niggling injuries for the next few weeks – mostly our backs who have muscular injuries like hammies – so it was great that we showed plenty of grit to get the win, considering we had some of our big men, like Hoffie (Josh Hoffman), having to play in the centres,” Maccabi’s player-coach George Davis told The AJN at full-time.

“And while we have some defensive things to fix up, it was the most structured footy we’ve played in a very long time, and we seemed to play better as the game progressed.” 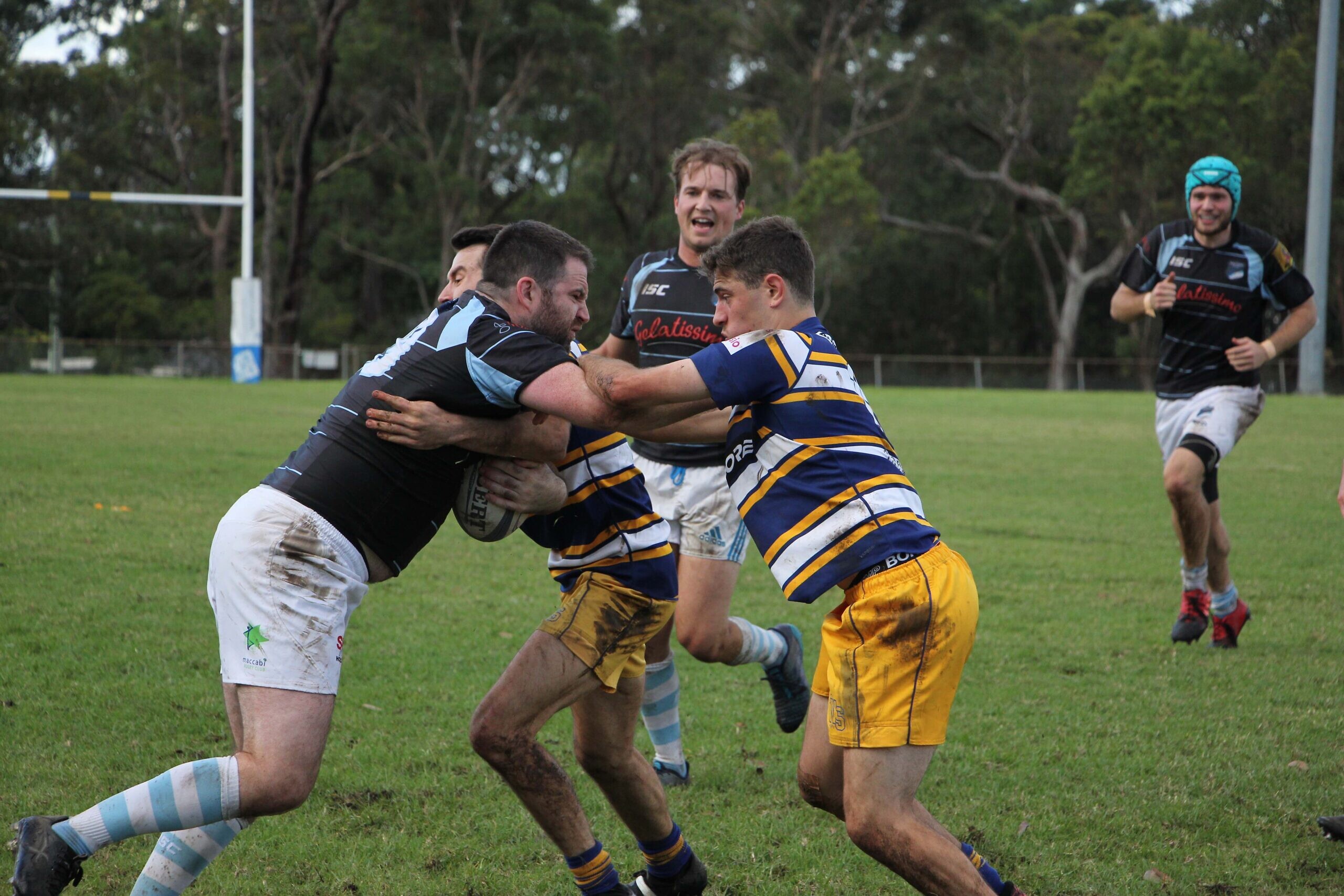 With his brother – former Super Rugby and Pro 14 player Dave – sidelined by injury, Sam Horwitz had an excellent game as fly-half, organising the team well, kicking strategically to gain field position, and scoring one of Maccabi’s three tries.

Aaron Stern and Man of the Match Max Epstein were the other try-scorers for the Blues, while second-rower Doron Lewis and Hoffman were voted second and third best Maccabi players on the day, barging their way past defenders time and again.

After a slow start in which neither team could score a point in the first half-hour, Maccabi and the Saints scored a try each mid-way through, before Maccabi gained the upper hand and didn’t let go, scoring two late tries. 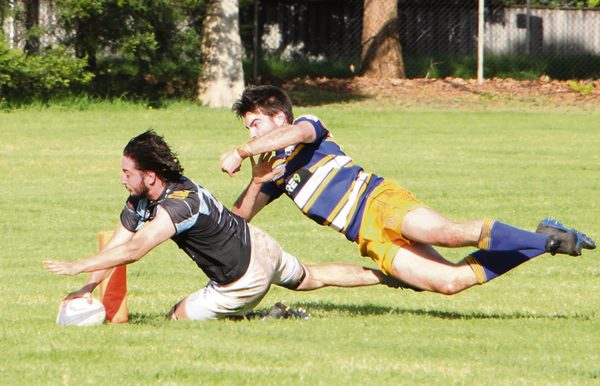 Sam Horwitz said, “It’s still early days, but it was certainly great fun out there today, and even better to get the win.

“Things will get a lot tougher at the Maccabiah Games, so we’ve got a lot of work to do in front of us, and once we get a lot of our backs available again in a few weeks, we will be able to pick up the intensity.”

After the final whistle and the shaking of hands, the players formed a huddle and sang Maccabi’s victory song in full voice.

Maccabi will have this weekend off, but plan to play a match every weekend against Subbies teams that have bye rounds, and possibly a Shute Shield team down the track.

“All our eggs are basically in the Maccabiah basket,” Davis said, “so these trial games really allow us to build up towards performing at our best there.” 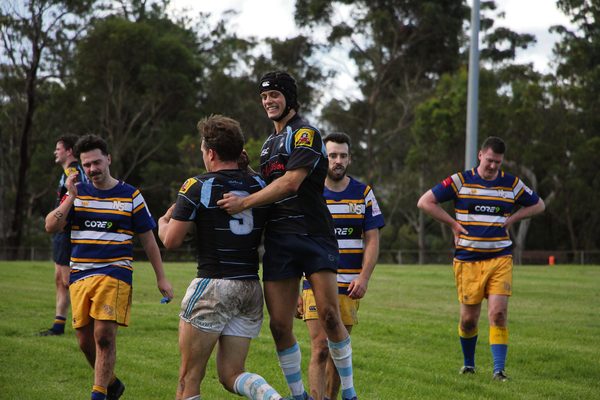