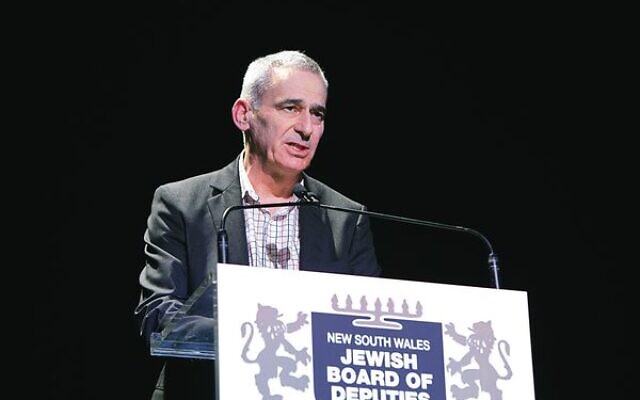 MICHAEL Samaras has been recognised for his efforts in uncovering the disturbing past of Wollongong art benefactor Bob Sredersas.

Samaras, a former Wollongong councillor, took it upon himself to dig into Sredersas’ past when an article described the Lithuanian immigrant as being a policeman during WWII.

Sredersas had bequeathed his entire personal art collection to the Wollongong Art Gallery before his death and had a plaque named in his honour.

But Samaras presented evidence that Sredersas was a Nazi collaborator during the war, which was then confirmed by the Sydney Jewish Museum’s resident historian Professor Konrad Kwiet.

Last week Samaras was honoured by the NSW Jewish Board of Deputies and days later he won the Friends of Wollongong City Libraries’ Local History Prize for 2022.

Wollongong City Mayor Gordon Bradbery acknowledged the significant amount of work that had gone into Samaras’ 39-page report into Sredersas, which will be added to the library’s local studies collection.

“In reading this report, it is clear the lengths that Mr Samaras has gone to in preparing this detailed account of his research into Mr Sredersas’ life,” Bradbery said.

“I applaud him for documenting the work that he had done which has challenged us all to reconsider what we knew about the man who donated many works to the people of Wollongong that went on to support the opening of our city gallery.”

“Reflecting on history can sometimes ask us to reassess our understanding of an individual, a set of circumstances and how we view the past,” Bradbery said.

“As a community we’ve had to explore some challenging ideas this year and I feel that we have a deeper understanding of how the past can impact the present as a result of this process.

“Mr Samaras’ research paper will sit alongside Professor Kwiet’s comprehensive report in our local studies collection and our community’s knowledge will be richer for being able to assess both documents.”