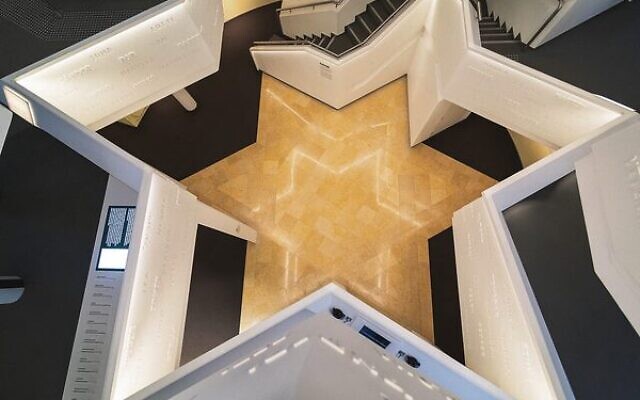 The Magen David at the heart of the Sydney Jewish Museum. Photo: SJM.

“IF a museum had not been created for the survivors’ children and grandchildren, then the world could deny that such atrocities ever happened.”

Those were the words of the late John Saunders, published in The AJN on November 6, 1992, when the Sydney Jewish Museum opened its doors 30 years ago. The museum was the brainchild of Saunders, who funded the project in its entirety and continued to cover its costs until 1999, when it was handed over to the Jewish community.

The driving force behind the establishment of the museum was a group of Holocaust survivors, who envisioned it as a place that could hold their stories and personal objects, memorialise those who were murdered during the Holocaust, and impart the lessons learned from the past.

The museum, and the space it occupies, holds special significance for survivor Jack Meister. 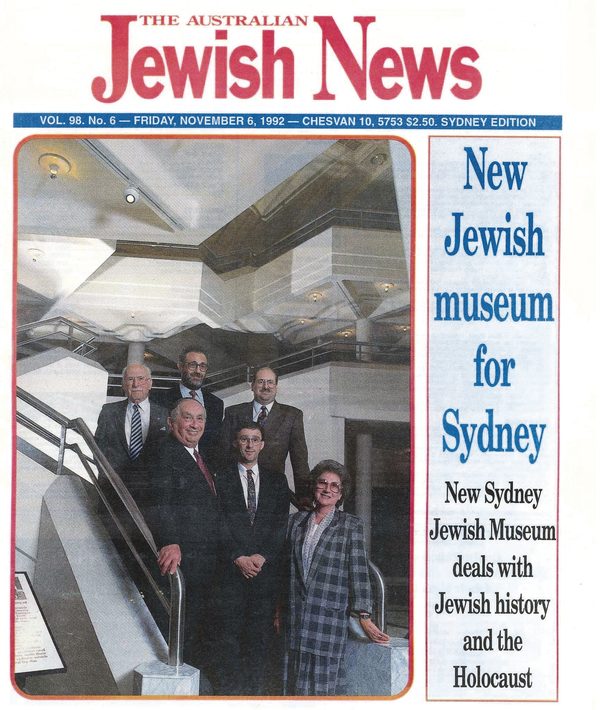 “I had wonderful sponsors who encouraged me to attend the dances in the Maccabean Hall, now the museum, where I met my wife,” Meister said.

Meister, 94, was born in Poland, survived Auschwitz (he lost his entire family) and immigrated alone to Australia in 1949. He has been volunteering at the museum since it opened and continues to tell his story to visitors every week, but in the early days he found it difficult to talk to young students.

“I couldn’t open my mouth to them,” Meister told The AJN.

“When you’re standing there every morning, and they [the Nazis] sort you out left and right, and you’re still standing there, every day you believe somebody is looking after you. I still believe it, because I’m still here” Jack Meister

“I was a kid myself and I couldn’t go to school – I missed out on that. Maybe I was jealous, but this museum pushed me to do it and then I was lucky. I could go home, I could eat, I could sleep – everything inside me came out.”

Now, it is the kids who keep Meister going.

“They ask so many questions, hard questions,” Meister said.

“They listen – you can see when you talk to them afterwards, they want to know more. ‘How did you survive?’ It was hard to tell them the first time – how they killed people, how they betrayed you – but then it gets easier.

“You had to have been there to understand the horrors that were done. So many kids, babies crying, mothers separated from kids, and they’re marching to this place. We didn’t know it was a crematorium, but when they went inside and they closed the doors, they never came out.”

“When you’re standing there every morning, and they [the Nazis] sort you out left and right, and you’re still standing there, every day you believe somebody is looking after you. I still believe it, because I’m still here.” 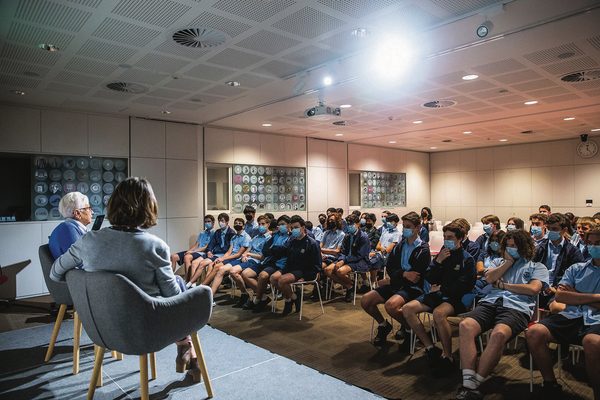 A survivor talks to visiting students at the Sydney Jewish Museum. Photo: SJM.

Those who listen to a survivor’s story firsthand will never forget the experience, which is why the focus of the museum now is to make sure their stories are saved for the future.

“Our singular focus remains on increasing the number of visitors that come to the museum each year and how to make their visits more memorable,” said museum president Greg Shand.

“With all the support we have received, from the government and our donors and the ongoing commitment by our staff and volunteers, we can look forward with optimism and with the hope that we will be able to report some meaningful progress for the museum.”

Survivor Yvonne Engelman, who has volunteered since the museum’s inception, said: “It was impossible to imagine then, how it would grow and develop and the number of visitors that would come through. The pride I feel compares to the satisfaction one gets from watching a child grow and develop. My only wish is that it continues to exist for many years to come.”