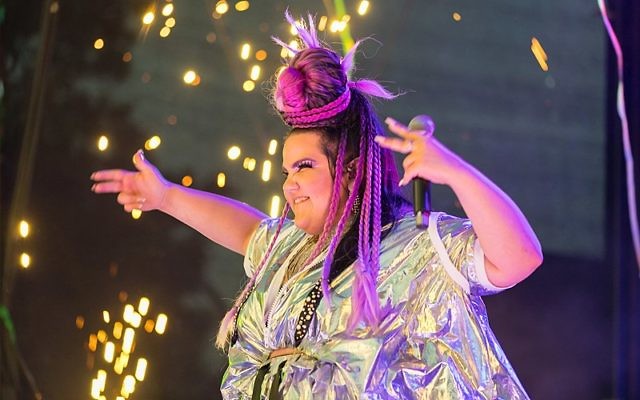 EUROVISION broadcaster SBS has threatened to sue anti-Israel boycott activists for using its logo on their campaign materials.

The celebrated international song competition will be held in Tel Aviv next year after Israeli singer Netta Barzilai won this year’s competition with the song Toy.

The multicultural broadcaster sent a legal letter to BDS Australia after they featured the SBS logo on a leaflet that said “Boycott Eurovision 2019; Don’t Celebrate Israel’s Apartheid Crimes”.

According to The Guardian, the letter instructed the group to “immediately remove SBS’s trademark from any of your websites, social media pages and any other marketing and promotional material”.

An SBS spokesperson told The AJN that while “SBS respects and supports the right for people to express their views”, “as is common practice for organisations managing and protecting their brand, SBS is in contact with this organisation about their unauthorised use of the SBS logo.”

“SBS has been broadcasting Eurovision for 35 years and will continue to do so because of the spirit of the event in bringing people and cultures together in a celebration of diversity and inclusion through music,” the spokesperson said.

Executive Council of Australian Jewry co-CEO Peter Wertheim said Australians are not going to be dictated to “by a handful of anti-Israel fanatics about whether or not we can enjoy watching a broadcast of the Eurovision contest from Israel” next year.

“The SBS Board and senior management are to be commended for not giving in to these self-appointed censors, and for taking firm action to prevent them from continuing their illegal use of the SBS logo,” he said.

“SBS is as keen to televise Eurovision from Israel next year as SBS viewers are to tune in to it.”

Eurovision semi-finals will be held on May 14 and 16 and the final on May 19 at Expo Tel Aviv.