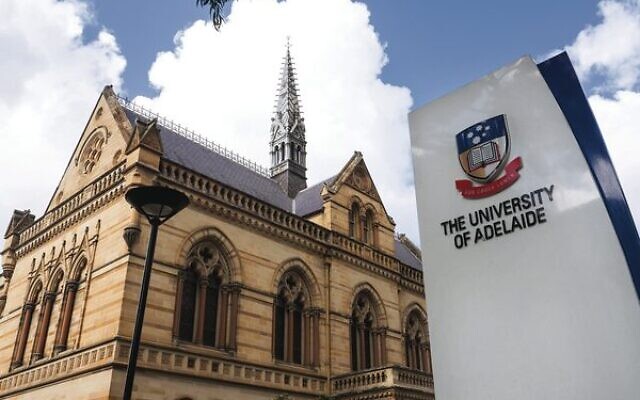 Jewish students at the University of Adelaide are scared to go on campus in the wake of an article in student magazine On Dit that called for “Death to Israel” and a student representative council (SRC) meeting at which they were taunted, laughed at and their concerns ignored.

Online publisher Medium removed the article “For Palestine, there is no ceasefire” last week after being contacted by the Online Hate Prevention Institute, but On Dit reposted the article on its Facebook page.

Undergraduate student Jonathan Iadarola, who attended the SRC meeting last Thursday (full video below) at which a motion criticising the article was put forward, told The AJN, “Everyone laughed and ridiculed us when we were trying to explain how we actually felt. We didn’t feel like they listened to us at all.”

The motion, which was put forward by non-Jewish student Henry Southcott, called for the article to be removed from the internet, for a public apology and for On Dit editor Habibah Jaghoori, who wrote the article, to have her position reviewed.

“I was sticking up for what I believe is right,” Southcott told The AJN.

“When people are afraid on campus, something’s clearly being done wrong.”

The motion was soundly defeated in the meeting, a video of which was posted on Facebook. In it, Jaghoori can be seen and heard repeating “death to Israel” several times. Australasian Union of Jewish Students (AUJS) president Natalie Gunn is laughed at when citing the IHRA Working Definition of Antisemitism.

A Jewish student is ridiculed while asking the SRC to not speak for Jews. After the motion is rejected and the student says, “This is so sad for Jewish students,” a voice can be heard saying, “Oh, cry about it.”

Iadarola said he had a panic attack after the meeting, did not sleep that night, and had to go to counselling the next day. He plans to do his classes online “as much as I can”.

He said it was also not his first experience of antisemitism, with a post he recently put on a student discussion page about starting a Jewish club on campus being met with anti-Zionist and antisemitic comments.

In response to student concerns, the university administration distanced itself from the article but did not explicitly condemn it. Acting vice-chancellor and president Professor Anton Middelberg offered support to students and said “the views expressed in the article are not the views of the university”.

Iadarola called the response “extremely disappointing”, adding around 10 other students had expressed concerns to him.

“They are too scared to speak up. They don’t want that type of verbal or possibly physical harm that they could face if they do,” he said.

“For the foreseeable future, I don’t want to go on to campus,” she said.

Returning this year after undertaking her undergraduate studies there, she said, “I noticed very quickly that the campus seemed to be a hostile environment for Jews.”

Munn-McDonnell, who is researching antisemitism, said she hides books about Jews when at the library, is reticent to carry a bag with Yiddish writing on it and “just would not feel comfortable wearing a Star of David or anything that would identify me as a Jew”.

On the university failing to condemn the On Dit article, she said, “Jews and non-Jews have commented that it is not a good look for the university and it really damages their reputation.”

AUJS vice president Alissa Foster expressed disappointment at the university’s lack of response on the article, the behaviour in the SRC meeting, other campus incidents and “horrific” comments on the On Dit and University of Adelaide Facebook pages.

“When you allow violent and hateful language such as ‘Glory to the Intifada’ and ‘Death to Israel’ to go unchecked and unpunished, it sends a message to students that this behaviour is acceptable,” she said.

“It’s incitement to violence and harassment, and should be treated as such.”

“The Jewish students who have spoken out about their experiences of antisemitism on campus must be supported,” she said.

JCCSA has urged the university to take reports of antisemitism seriously and offered to work with it “to help it better understand contemporary antisemitism on campus and provide a respectful, safe experience for Jewish students, staff and faculty”.

In response to The AJN‘s queries, a university spokesperson acknowledged that “death to Israel”, “could amount to an incitement to violence”, which it “completely rejects”.

“The university deplores religious and racial discrimination including antisemitism. Such behaviour is reprehensible wherever it occurs, and we condemn it.”

The spokesperson said the university has written to the student union president to reinforce On Dit “is beholden” to the university’s policies.

“All complaints received have been and are taken seriously and will be dealt with in accordance with our values, policies and procedures.”