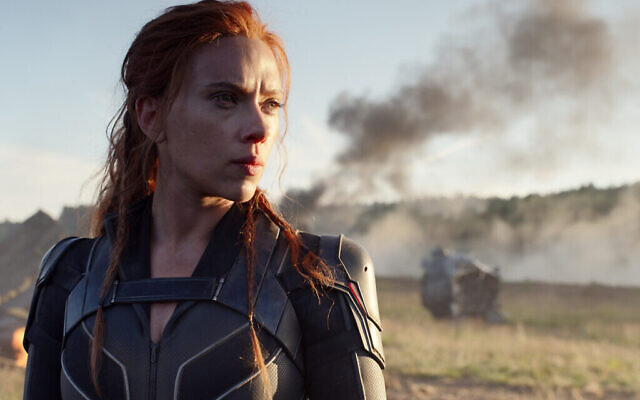 WITH her wildly successful film Black Widow giving Marvel Studios plenty of box office naches, Scarlett Johansson is set for some naches of her own.

The Jewish actress, 36, is pregnant with her second child – and the first with husband Colin Jost, who she married last year.

Pregnancy rumours began to swirl in June when Johansson elected not to attend several promotional events around Black Widow’s release. Meanwhile, a Zoom interview with The Tonight Show had the starlet framed from the shoulders up.

“Scarlett is actually due soon, I know she and Colin are thrilled,” a source told Page Six.

The new addition will be a half-sibling for ScarJo’s six-year-old daughter Rose, born from her previous marriage to French journalist Romain Dauriac.

It will be Jost’s first child. It’s his first marriage and Johansson’s third.

Black Widow made US $210 million (AUD $280 million) in its first weekend of release. It marked the last movie in which Johansson’s character Natasha Romanoff will appear, having passed the Black Widow baton to her onscreen (sort-of) sister, Yelena Belova, played by Florence Pugh.